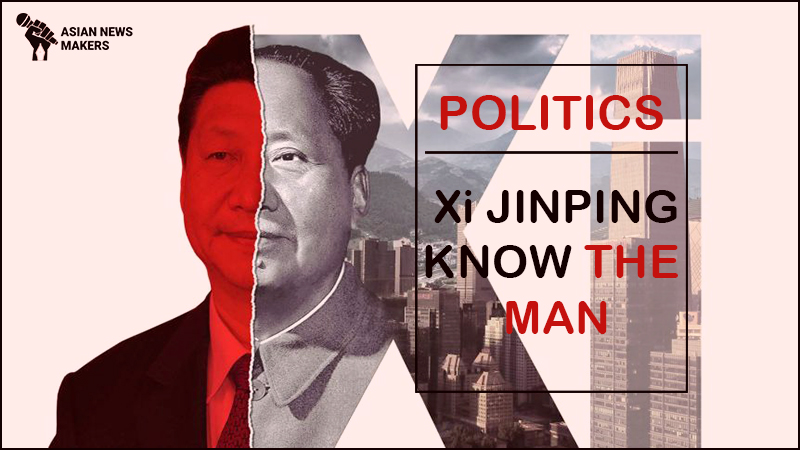 Who is Xi Jinping, the man, who holds the second most important economy of the world. Can we differentiate Xi, the man to Xi, the politician who is central to all references of important world affairs?

President Xi Jinping is integral to all references be it alleged goof ups in handling of Covid 19, China’s shady relationships with WHO, its belligerences on Indian borders of Ladakh to its aggression in South China Sea and its expansionist policies, to handling its domestic audience by meddling into affairs of Hong Kong and Taiwan and many more issues. Xi Jinping is everywhere.

The politician Xi Jinping, the president of China, the one who is pitching against the super power America doesn’t intend to bow down even when he sees pressure building upon him from the world as well as from within his party.

Instead, he chooses to consolidate powers- through standing with week neighbours by choosing the right timing and not even shying from making inroads into the internal affairs of its neighbours.

What drives the man Xi Jinping, and his strengths who has been changing the shape of economy and politics of the world?

“It is for the people of Asia to run the affairs of Asia, solve the problems of Asia and uphold the security of Asia.”-said Xi Jinping in 2014-making it clear that the western or the US influence must be minimised in Asia.

This certainly reflects Chinese uneasiness on growing Indo-US ties as also the formation of QUAD between India, the US, Japan and Australia.

Chinese President Xi Jinping comes from a political background. His father Xi Zhongshun was a close associate of Chinese military commander Liu Zhidan. In 1962, Senior Xi was thrown into prison and his wife (Xi Jinping’s mom) too was banished to a labour camp. Xi Jinping, like many youngsters of his time, was asked to “denounce” his parents by those promoted to positions of responsibility.

In 2012, Jean-Pierre Cabestan, a Hong Kong-based scholar had written: “Xi is taking charge of the country at a particularly delicate time. China is having to adopt an alternative growth model whilst the government is struggling with powerful economic and regional feudalities”.

Xi Jinping had challenges to deal with when he took over the reins. China was having to adopt an ‘alternative growth model’.

At initial stage, it was said, he handled things well.

Xi Jinping’s success perhaps depended on his ‘ability’ to form a united coalition set on reform and capable of dismantling the privileges acquired by some of the party bosses.

But things changed at the global level. Making a clear forward movement in November 2017 at the Philippines capital Manila, India, the US, Japan and Australia had joined hands to enhance security cooperation in the Indo Pacific region and thus sought to build up fresh pressure on China.

The move certainly gave a ‘clearer shape’ to a new Security Architecture especially in the
blue waters and in a region where China has been flexing muscles.

The ‘flexing’ of muscles suited Xi Jinping. The Chinese government under Xi Jinping in 2013 had articulated that on the internal front, it hopes to “promote, through our diplomacy,” the Chinese culture, contribute Chinese wisdom to the handling of international relations, share

China’s governance experience offer Chinese solutions to improve global governance. All these also seek to provide more public goods for humanity to meet a variety of new challenges of the 21st century, it was argued.

The diplomacy of ‘New China’ has traversed an extraordinary journey over the past sixty years and more, said Chinese Foreign Minister Wang Yi at the Second World Peace Forum, June 27, 2013 to be precise.

He had also categorically stated that: “In the new era, China will stay committed to its independent foreign policy and firmly safeguard national independence, sovereignty and territorial integrity in its diplomacy. We will decide on our own policies and positions on the merit of an issue without being attached or submissive to any external force”.

Thus, if they have taken a stance and drawn military strategy at Galwan, the Xi Jinping dispensation will continue to be on the same warpath in one form or the other. Prime Minister Narendra Modi on July 3, 2020 visited Leh and underlined that “expansionist” designs will no longer work or go a long way in the new world order.

But Chinese foreign policy as understood from the trajectory drawn by Xi Jinping’s leadership is precisely on that line -the expansionist designs.

It goes without stating that the new ideas of the Xi era reflect transitions in China’s place in the international system, its military strength, global influence and by way of economic and political powers.

There is a paradoxical element that China has benefited from its ambiguity. It has tried to be Pakistan’s all weather friend and a mentor! On issues like terrorism etc, there has been always a disconnect between China’s rhetoric and actions on ground.

But China under Xi Jinping was and is obviously different from what it was under Mao Zedong, who had ruled as the chairman of the Communist Party of China from its establishment in 1949 until his death in 1976.

Experts say China wanted to be ‘left alone’ to undergo – what it believed – a revolutionary transformation and of course without outside ‘interference’.

Nevertheless, while this approach did not bother a Chinese citizen in his country, gradually the ‘control’ regime has started leaving an impact on domestic politics too.

Thus when some New Delhi-based journalists including this writer visited China in August 2019, there were discussions although in hush-hush voice on whether the Chinese society has already turned ‘more and more’ muted.

My specific interactions on the same with some individuals (of course Chinese) informally provided no clear answer whether this silence is only a genuine by-product of fear or it is a resultant of people’s utter most “trust” in the Chinese Communist Party and the leadership.

From Indian government point of view, if there is a charge of ‘deceitfulness’ against China today vis-a-vis Galwan breach of trust, all of it cannot be blamed on President Xi Jinping personally.

The Chinese president needs troubles along the Indian border to stem some possible unhappiness among comrades in his own country and the party.

China is – of course – also very much uncomfortable to see its own international discomfort – like corona crisis and also its isolation even on issues of terrorism. Internationally, there have been many ‘loyalists’ but most trusted friends or similarities are two ugly regimes of North (DPR) Korea and Pakistan.

Meanwhile, Chinese president has come under pressure. Internally, a section of leaders in the powerful Chinese Communist Party is looking forward to the annual Beidaihe meet.

Mao had started the tradition of such meets where brainstorming sessions are held. In all likelihood, Xi Jinping could be grilled by top leaders including “retired” Chinese communist leaders.

“There is talk of avoiding the meet this summer owing to Corona. But given the problems China faces vis-à-vis Covid 19, its isolation at WHO, issues with Hong Kong, the US and also India, it is expected that the party elders would like to have a word with incumbent President,” says a China observer on the condition of anonymity.

Notably, among the leaders who could quiz Xi Jinping include 94-year-old Zhu Rongji, a former premier and Hu Jintao (91), a former president.

Most of these leaders apparently ‘did not endorse’ the manner Xi Jinping almost gave up the traditional Deng Xiaoping line and wanted to become a ‘great power’. All the bravado has not helped the great Chinese cause !

China-India Tussle: Cause of a New World Order? By Binny Yadav

How to Protect From COVID 19? Use the Right Mask – By Binny Yadav & Olivia Sarkar