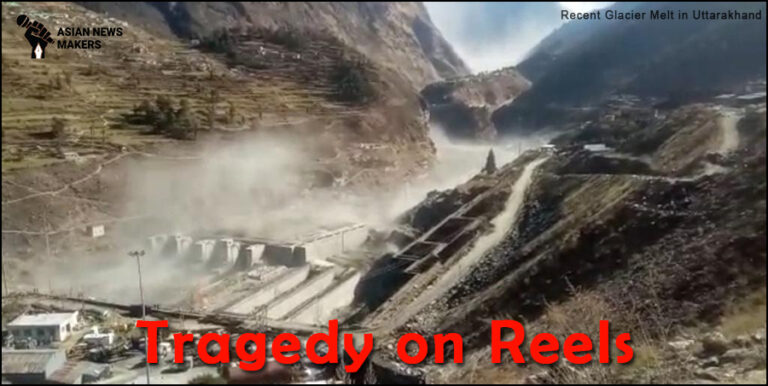 Human tragedies and natural disasters have been time tested themes for cinema. They never fail on box office and when these themes have controversies roped in these are true recipe for the box-office success.

Nanda Devi disaster has recently been in the headlines because of the tragic glacier burst in Uttarakhand, India, that resulted in the deaths of at least fifty people. However, there’s more than what meets the eye. In 1965, the United States and India collaborated, in one of CIA’s most secretive missions, an attempt to install a listening device at 25,000 feet on the mountain peak to monitor the nearby Chinese nuclear test site. The listening device was powered by highly radioactive plutonium and was lost during the expedition.  It has been speculated that it may be the cause of the recent glacier melt in Uttarakhand. The disaster is being adapted as a film named ‘Nanda Devi’.

This film is being produced and envisioned by Asad Sultan, CEO of Deutsche Malayan Ventures and Rashaana Shah, Managing Director of Mulberry Films who have joined hands to produce International Films and TV Projects.

“After a decade of persistent efforts to get South Asian-themed premium content in front of mainstream global audiences, during which time, Rashaana and Mulberry Film have been constant collaborators, we are confident the time for this cultural expression is here and now, and our new initiative is determined to contribute to it with our own storytelling,” said Asad Sultan.

“Asad introduced us to Scott Rosenfelt, who owned the life rights of three climbers. It is a compelling man vs mountain saga,” says Rashaana.

Scott Rosenfelt, one of Hollywood’s most successful independent producers, has also produced as well as written Nanda Devi. Rosenfelt has films like Home Alone, Smoke Signals, Mystic Pizza, Teen Wolf and Extremities and the most recent, Critical Thinking (an early selection of the 2020 SXSW Film Festival for its world premiere) under his belt. He has garnered international acclaim and recognition for his work till now.

The film will reportedly be shot across various locations including New Zealand, Alaska and India.

Regarding some of Mulberry’s bolder book acquisitions, Ms. Shah, who holds a degree in computer science and is a former actress herself, says, “I feel obliged to tell stories through the medium of cinema even if they’re controversial. It’s a way of giving a voice to those who are unheard.”

She recently produced feature films blowing up Right Now and A New Christmas. Her future projects include The Collaborator, a war drama with Konstantin Bojanov attached to direct and Purple America, based on the best-selling novel by Rick Moody with Yan England attached to direct.

One of the other movies Asad is producing this year with Mulberry is The Collaborator. It’s an adaptation of a prize-winning, international bestselling book by Mirza Waheed, told as a coming-of-age war story about a 17-year-old boy caught between India and Pakistan in a long-suffering border war over set in 1989. The Collaborator was the debut novel of Mirza Waheed.

Dave is known for co-producing an independent slacker film Sulemani Keeda, famous television shows like Movers and Shakers and The Great Indian Comedy Show. He has also created and produced a series of spoof features for the MTV Network.

Other Indian-themed projects in development are “Khatarnaak” a hip-hop themed dramatic series, and “Twilight in Delhi” a dramatization of the early 20th-century novel of the same name.