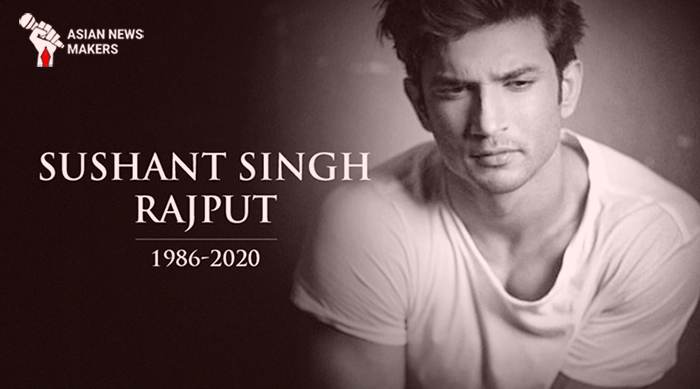 Reporting of Sushant Singh Rajput’s Death reflects how ethics is the last word for many in media.

Any young person’s death is a national loss. Every such death leaves hundreds of questions, more, when it is a suicide, that too by a promising young celebrity. People have the right to know, but how? By reasoning and knowing the cause sensibly or by catching and counting the eyeballs? Suicide of Sushant Singh Rajput, the young and promising Indian actor indeed left many unanswerable questions behind,  while also putting questions for Indian media to answer which once again stopped short of the basics of professional ethics and sensible reporting and shamelessly crossed that important line of morality.

Sushant Singh Rajput, passed away on Sunday, the 14th of June. What followed after his death was the death of Journalism and the blatant and shameless spread of sensationalism, judgementalism, shaming of exes, spread of unwanted negativity and the lowest of the low: the mass circulation of the pictures of his dead body.

TV news Channels are known for cashing in on someone’s death, milking viewership on the basis of sensational questions, unwanted analysis of the deceased person’s personal life and more often than not, heckling the person’s parents and asking them the question “How are you feeling?”.

While these traits of Indian news channels have become a norm, Sushant’s death, in a way made Indian TV channels stoop even lower, perhaps, in an attempt to see how low they can dive or redefine the word “outrageous”. Leading News channels put out headlines like “Aise kaise Hit Wicket hue Sushant?” (how did Sushant get himself a “Hit Wicket”, a reference to him playing cricketer M.S.Dhoni, former Captain of Indian Cricket team, in his biopic, M S Dhoni: The Untold Story).

The pictures attached below are disturbing to anyone who will understand the pain of losing someone, especially if death is by will of the deceased, not by any disease or any accident.

While twitter users have bashed these ‘ignorant’ news channels, they are getting the spotlight because they are well known and are easily accessible. There are those countless news channels and portals, some a bit known, some still growing, that take inspiration from the established news channels and even otherwise, and begin posting videos about the mysterious death of a well-known person.

Many of these news channels, have shamelessly posted the picture of Sushant’s dead body in their thumbnail, just to get views. Many have posted videos in the lines of : “analysis of suicide”, “analysing medical records”, “analysing financial position at the time of death”, “analysing relationship status” etc, Not to mentions news channels and twitter users dragging the names of his exes, accusing them for instigating his suicide and shaming them for not posting anything regarding his death.

The news in this entire scenario was that the actor now is no more. Rest was all a means for almost everybody, be it news channels, twitter users, co actors or even someone who otherwise keeps mum on every occasion to get their two minutes of fame amid this pandemic.

Twitterati stooped to horrific levels when people started sharing Memes that had his face (the picture of his taken immediately after his death), putting a caption mocking his death and calling it “justice”. Many referring to his act of renouncing his surname “Rajput” to show solidarity to filmmaker Sanjay Leela Bhansali, when his film set was vandalised by Shree Rajput Karni Sena, in 2017. The insensitivity of people has crossed all records of lows.

In older times, when news was news and not soap opera, the unnatural death of a person was still reported, but with utmost dignity and absolutely NO sensationalism. Case in point: Doordarshan reporting the news of the death of Former Prime Minister Indira Gandhi, who was assassinated outside her residence on the 31st of October, 1984. Salma Sultan, the newsreader who read this devastating piece of news on National Television, was a lesson about sensible media reporting in such cases. The link to that clipping is attached below.

News itself is a means to make people aware of what is happening around them. It is in no way meant to brainwash them with negativity or unverified rumours. In India, the news media seems to be interested only in getting their TRPs and being the “first, exclusive and verified” source of invading a person’s privacy. While the toxicity of social media platforms is something that is out of anyone’s control, the least TV channels can do from now on is, report a news and let it be. News is supposed to be news (informative) and a not never-ending soap opera.

As for the young actor who has left us, we, as human beings, can in our part, respectfully mourn his death and remember him fondly by his work, many of which being critically acclaimed masterpieces. This is the best tribute for any person. While the family and fans bid adieu to young promising turf of Indian cinema, should it be an ‘obituary media’ or will it learn its lesson and come out of TRP syndrome at least in such cases as this one is something that has to be seen.