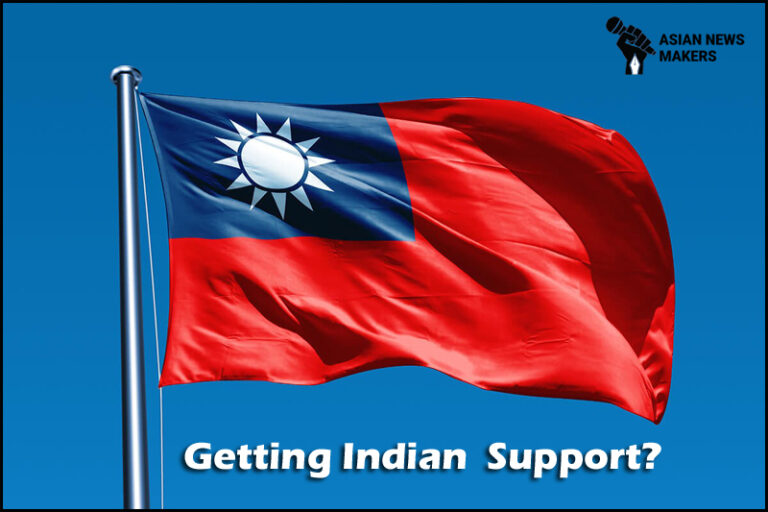 Indians came out openly on social media on Taiwan National Day supporting its sovereignty. Does it reflect a new way of taking on China in its own game of aggression or is it part of a track 2 diplomacy?

In a time when Indians are generally aggrieved at China, track 2 diplomacy seems to be the flavour of the season. The tone of track 2 diplomacy has been anti-China even while the government of India sticks to its formal diplomatic stand.

The reference in point was Taiwan and the timing was just right – Taiwan National Day. Refrains from lakhs of Indians on Twitter and other social network platforms were crystal clear.

Beijing has always tried to instigate troublemakers in India, trained militants in the northeast including the Nagas and ULFA cadres and provided all logistic support. There is something to settle score of 1962 war which no one tend to forget in India and more recently the loss of 20 army soldiers at Galwan valley. Not to mention the insurgency in northeast India which would have been different without the Chinese hands.

Thus, this was the time – 10th of October – Taiwan National Day when Indians took to social media to give Chinese the tasteof its own pudding or the noodles! Many  opted for Taiwan flag as the ‘dp – display profile’ on the micro blogging website.

Many others were more vocal in congratulatory messages, “Congrats Taiwan National Day, Indians are always standing with our friends and keep flying high,” tweeted one Puneet Chaturvedi.

Another more articulative, “Namaste. We are the world, we are the one. Let’s fight against one evil. Let’s suppress the roaring evil and bring peace to the world. Happy Taiwan National Day”.

One netizen Neelav Kashyap even more aggressive , “We 1.3 billion Indians are always with you, God bless India and God bless Taiwan. Hope one day Taiwan becomes an independent country”.

Well half the Indians may not understand the logic and diplomatic business in India-Taiwan relations. Officially, yes Taiwan is an integral part of China and so officially New Delhi maintained the well-known ambiguity.

Vice President of Taiwan Lai Ching-te, in a missive thanked Indians and said, “Proud to see our flag fly high and be recognized all over the world. We thank the people from so many countries who today expressed congratulations and support. Especially our Indian friends. Namaste!”

China obviously had reasons to be furious and did not hide its frustration. According to ‘Global Times’, Zhao Gancheng, director of the Center for Asia-Pacific Studies at the Shanghai Institute for International Studies, said, “India is playing with fire by challenging the one-China policy.”

In fact, a large number of posters complimenting Taiwan on its National Day on October 10 put up by Delhi BJP leader Tajinder Pal Singh Bagga created waves across social network platforms and media.

So, did the cops looked other side and if so, Why?

A large number of such posters came up near the Chinese embassy in the high security zone in the capital.

Chinese embassy in Delhi earlier also conducted some actions bringing in self-inflicted injuries. The embassy tried to issue diktats to Indian media. In fact, a  ‘letter’ to Indian media personnel counselled that they should not use terminology that indicated that the island state – Taiwan – as an independent existence.

“The Chinese Embassy in India would like to remind our media friends that there is only one China in the world… Taiwan is an inalienable part of China’s territory. These facts are recognised by the UN resolution and constitute the universal consensus of the international community,” China said in its advisory.

“We hope Indian media can stick to Indian government’s position on Taiwan, and do not violate the One-China principle. In particular, Taiwan shall not be referred to as a “country (nation)” or “Republic of China” or the leader of China’s Taiwan region as “President”, so as to not send wrong signals to the general public,” the Chinese Embassy statement read.

Is China Under Pressure on Tiawan Issue

Is Chinese diplomacygiving in and committing mistakes under pressure?

During the weekly briefing on Thursday, Oct 8, India’s Ministry of External Affairs spokesperson Anurag Srivastava was asked for a response on the instructions sent by the Chinese embassy.

“There is a free media that reports on issues as it sees fit,” replied Srivastava in a very brief response without going intoIndia’s policy towards Taiwan. It was quite a smart and nuanced response.

In its missive, the Chinese embassy hoped that Indian media would “stick to Indian government’s position on the Taiwan question”. “In particular, Taiwan shall not be referred to as a “country(nation)” or “Republic of China” or the leader of China’s Taiwan region as “President”, so as not to send the wrong signals to the general public”.

China should have done some homework about Indian media. There are pressures mounting on China with regard its weak points – Hong Kong and Taiwan.

In geo-political terms, the international community too has high stakes in Taiwan today. China is seen as an expansionistand also an authoritarian and thus ‘losing a democratic Taiwan’ would signal a change of games in the Pacific. The US is talking extra ordinary interest in Taiwan affairs. This, Taiwan getting into a stronger Chinese fold could also appear detrimental to the US allies like Japan and South Korea.

For its part, China seems to be caring ‘little’ about reasons and international norms.Pursuing what is seen as an ultra-nationalistic policy towards its minorities and pro-democratic citizens,

“With an iron fist, China locked horns with its neighbours over disputed islands in the South China Sea. On its Himalayan side of the border, the Chinese army has confronted Indian troops twice this year,” says a write up in UCA News.

Old timers among the security agency sleuths in India say in 1966-67, China not only had backed
the Naxalites uprising in parts of West Bengal, in the same year Naga rebel leader ThuingalengMuivah and his other colleagues went to Yunnan province.

Another source in the ruling BJP said it is a matter of concern that the Chinese agencies are keeping a close watch on the process of Naga peace talks and latest developments since mid of June.

Giving the contest, the source said even during the UPA regime in 2011-12, Chinese agents including a woman posing as a TV journalist reportedly visited the headquarters of the NSCN-IM near Dimapur and held a three-hour-long meeting with Muivah.

Around the same time, Muivah had told an Indian TV channel that: “I have great respect for Chinese leaders and Chinese people….They tried to understand our point of view”.

The decision of the Taiwanese leadership – President Tsai Ing-wen – a few months back to appoint Ambassador Chung-Kwang Tien, whorepresented the Taipei Economic and Cultural Centre in India, as new Deputy Foreign Minister must be conceptualisedfrom that angle.

“Not only does such an arrangement convey approval for Tien’s performance as Taiwan’s representative to India over the past seven years, but it also suggests that the relationship with India is likely to become one of Taiwan’s most important diplomatic priorities in the future,” said  an analysis commentary in Taiwannews.com.Of course, the optimism is not without good reason.

Taiwanese president in her second inaugural address onJuly 8, made her intent clear. “We hope that Taiwan can play a more active role in the peace, stability, and prosperity of the Indo-Pacific region. Over the next four years, the direction of our policies will remain the same, and we will do even more”, he maintained.

Of course, Taiwan President is keen for enhanced ties with India.The underlying message to New Delhi is quite clear, emphatic and reflects a long-term vision.

Those in the know of things suggest the Modi government – and especially Prime Minister Narendra Modi – too have been very clear and ambitious about improving India-Taiwan relationship.

In fact, Mr Modi had made a departure from normal course and had invited ambassador Chung-Kwang Tien, Taiwan’s official representative to India, to his May 26, 2014 swearing-in ceremony at the Rashtrapati Bhavan
premises.

Of course, there can be debates that the initiative was not backed by adequate spade works and further steps on getting the desired results during the last six years.

One argument is, Modi banked  a lot on his efforts to establish a personal rapport with President Xi Jinping. So, given current scenario have the two informalSummits in 2018 and 2019 gone in waste?