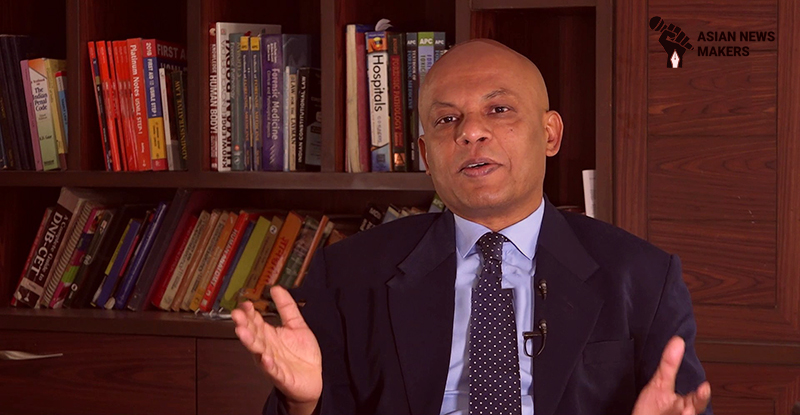 Dr Dinesh Rao has been a Professor and Head of the Department of forensic medicine at The Oxford Medical College, Hospital & Research Centre, Bengaluru, and former Director and chief forensic pathologist in Kingston, Jamaica. In his career spanning 22 years, he has conducted about 12,500 autopsies and indirectly supervised 6000 cases. At present he is Consulting Globally on all Death Investigation besides teaching at Medical College. He has written numerous research papers on Forensic Medicine in various Indian and international science journals and also is on the editorial board of Journal of International Academy of Forensic Science and pathology. He spoke exclusively to Dr Neelam Verma of ANM on the raging controversy of upcoming Bollywood star Sushant Singh Rajput’s suspicious death on the basis of pictures circulated in the media. Excerpts:

How can you differentiate signs on a body – hanging oneself or strangulated and hanged by someone else?

Most of his fans are talking about the fact that Sushant Singh was first strangulated and then hanged based on the incomplete ligature marks.

The incomplete ligature marks are due to the knot being tied on the side of his neck, which is a classic case of ante mortem injuries. There was pressure on that side, which rules out strangulation. The skin above the ligature marks does not indicate congestion, which clearly indicates that he was fully suspended. There were no other nail marks on his neck or any other part of his body. There is no presence of external injuries and therefore, it can easily be inferred as a case of suicide.

How Long Do You Think He Was Suspended?

Looking at the ligature marks, not more than 1-2 hours.

In the case of Sushant Singh, the police had come to the conclusion that Sushant committed suicide even before the body was taken to the morgue? Especially when no suicide note was found. Your comments.

That’s the biggest blunder they did. Following protocol is important and prejudice is dangerous and unprofessional.

Do you think crime scene was contaminated, looking at the pictures of his dead body? Were there more people than should have been at the scene of crime?

Off course the crime scene was contaminated. Even I have seen videos and pictures of curious neighbours and other unrelated individuals walking around. This indicates the inexperience and incompetency of the police who made such irresponsible statements that Mr Sushant had committed suicide without much investigation or waiting for the postmortem report.

There are rumours that Sushant was under mental stress and was under medication. Did his toxicology report indicate any medicines/drugs/alcohol etc?

Though I have not seen the toxicology report, but it is very important for the investigating officers to corroborate witness statements with the doctor’s statement who had treated Sushant to find out the kind of medicines he was taking and with the viscera examination.

What Would Be The Signs On A Body If Someone Strangled Him And Then Hanged Him?

Good question. In case of strangulation, there would have been offensive and defensive injuries, which were missing from the pictures of his body I have seen. The surroundings were undisturbed and so were his clothes and the position of his limbs. Everything else will be and should be corroborated by witnesses and technical evidence like the presence or CCTV camera and the likes.

What is Your Opinion On This Case?

I have no doubt that this is a case of self-suspension. But what is important now is for the investigating officers to prove abetment of suicide and the reasons.

Causes of depression are always subjective and the people responsible may not come forward. How can abetment to suicide be proven in court?

That depends on the skills of the Investigating officer. At the end of his investigation, he should be able to answer the Cause of Disease Process (Depression) and the Factors responsible. Whether those factors were self-induced or external. This is a big problem in our country that we have no Forensic Psychiatrist to assist the police nor do they ask for one. But I am always ready to assist if my assistance is sought.

Who is Xi Jinping: The Man, His Life And Politics By Nirendra Dev