Sushant Singh Rajput Death: Many Firsts in the Case
By Dr Neelam Batra-Verma 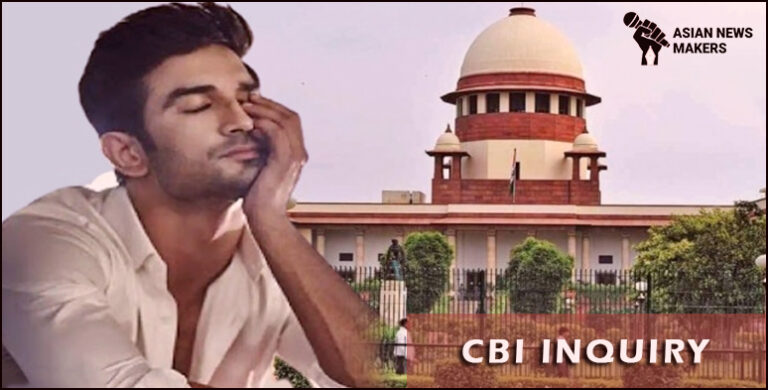 CBI inquiry into SSR’s death should reach a conclusive end

Two months of persistent movement by fans of the bollywood actor late Sushant Singh Rajput (SSR), finally resulted in his case being transferred to CBI (Central Bureau of Investigation). While we discuss and question at this point the role of Mumbai police and its reputation, which clearly has taken a hit, other noticeable fact is, investigation in Sushant’s case has resulted in several firsts.

This was the first case where millions of people, who may or may not be fans of SSR, joined hands to ensure justice prevails. Mumbai police botched the case from day one was clear in pictures and videos emerging, right from when his body was still in his bedroom until they took him to hospital and everything in between. The fans made it sure that pressure is build up for proper investigation and eventually the case was transferred to CBI by the Supreme Court of India.

Pictures of SSR’s body travelled on social media, faster than the confirmation of his demise.  Even the killers would never have imagined in their wildest imagination that this case would become an international obsession. Now the demand for opening up similar old cases, which were similarly declared suicide or accidental deaths in Bollywood, is gaining ground. Unconfirmed reports have put that number to around 27!

It is also the first case to open up various affiliations the industry wallahs are associated with. While few within the industry supported SSR fans’ demands for justice, many others confirmed the gang theories floating in Bollywood.

Kangana Ranaut, (once declared an illiterate by a senior actor like Naseeruddin Shah), has been talking about nepotism and depression for years on but was never taken seriously. It is only now, after SSR’s unnatural death that many are joining chorus along with Kangana against nepotism, bullying, and manipulations existing inside the film world. Actors like Shekhar Suman, Sonu Nigam, AR Rehman, Payal Rohtagi, Ranvir Shorey, Pooja Misra, and others have confirmed Kangana’s theories.

Malicious business practices in the making of a film are being questioned now. In an interview with a news channel, Ranvir Shorey admitted that the debate today is about a group within a group which every actor aspires to enter but may not until approval from a certain select person is obtained. Despite Sushant having almost reached the end of his struggle in the industry, he still wanted to gain acceptance from this so-called cabal.

Depression and suicide theories floated by the cabal have fallen like a pack of cards. As the investigation proceeds the depression theory doesn’t go well with Sushant’s death as it appears that it is a well-schemed conspiracy involving very influential people, possibly politicians, the mafia from Dubai or Pakistan, and their cohorts.

Though selected Bollywood coterie has remained silent on the late actor’s murder, doubts are now being cast on the workings of the industry. Two months after Sushant’s death, some are now giving statements about him to bring back the fans to their side, as they have pending movie releases and don’t want to be trolled like the Mahesh Bhatt’s Sadak 2 movie.

Films produced in Mumbai account for a third of the movie tickets sold in India and 44 per cent of net box office revenue. India is also the largest film industry in the world, surpassing Hollywood, as films are made in other languages like Telugu, Tamil, Bengali, Punjabi, Bhojpuri, etc along with Hindi. Before SSR’s murder, Bollywood was not only the most sought after but very well respected among Indians in India and abroad.

During COVID lockdown, watching movies has been the favourite pass time. Unfortunately, with Bollywood exposed in public after dirty Bollywood linen being washed in public, it has now resulted in boycott Bollywood campaign.

SSR’s case has shown the ugly face of Bollywood, as skeletons rotting for decades inside closet, started tumbling out. Not all that twinkle is a star and all your film stars and heroes you have worshiped all your life, offering your hard-earned money, are not at all real-life heroes. Their sheen has diminished.

They are, in fact, not even sane human beings who fail to even offer condolences to a deceased colleague’s bereaved family. Not even a one-liner on twitter or Insta page to assure the family that their son’s colleagues are with them during their hour of grief. Instead, they preferred to post their old pictures or some silly jokes or blogs, but not a word of condolence to the family nor standing with the fans’ cry for justice for their favourite star.

Since its inception in the 30s, Bollywood has been working with no standard norms or rules. Everything depends on the whims and fancies of the powerful few. There are different gangs operating in the industry and grapevine has it, that the gangs are led by illiterate people, who have the money and power to buy some reporters to write either in their favour or to malign someone else.

Sushant was a victim of that gang, which had spread rumours about him being a skirt chaser, and the gang had directed the big producers and directors not to offer any work to him. A couple of his films like Padmavat, after being offered to him were then given to Ranveer Singh, at the behest of the gang.

Not every actor, or a struggling actor, who has left his hometown and spent years trying to make a name for them, might feel depressed at any stage of their career. No wonder most deaths or murders in the industry are given the guise of depression, and killers have been getting away.  It is high time that all suspected suicides are re-investigated and culprits brought to book. Undoubtedly, nepotism, bullying, and media manipulations, along with mafia connection, have emerged as the biggest bane in the industry.

Every one’s the Forensic Expert

It is also the first time that Forensic Science, which until yesterday was a subject not understood by the common man, has also turned him into a forensic scientist. What was once considered being prerogative knowledge of the investigating agencies today is common knowledge?

Two months ago, few could differentiate between ligature marks caused by suicide from those caused by strangulation. Where Mumbai Police went wrong in collecting evidence or allowing the crime scene to become a viewpoint is now common knowledge.

Public knowledge has increased with videos of forensic experts and other experts, going viral on social media. Some forensic experts have gone to the extent of making tutorials with detailed diagrams of broken arteries in the neck and face, based on photographs of Sushant Singh’s body circulated in the media.

Some experts have been even describing and analysing Sushant’s body (through pictures of the dead body), based on their experience. They have been vividly sharing their knowledge and experience and expressing their opinions. Some videos are more like a biology class describing the anatomy of the human body and different ways, a human being could die – either by hanging himself or being hanged by someone else.

Today anyone who has even a basic internet connectivity through computer or mobile phone knows the importance of determining the time of death that helps investigative agencies in solving a crime. Causes, mechanisms, and manner of death follow. This crucial information is missing from the post-mortem of Sushant Singh’s report, thus creating suspicion on the intention of the Mumbai Police.

Undoubtedly, while advancements in forensic science have helped the justice system play a fairer role, it cannot be denied that not all evidence can be considered in the court of law. A lot of information in the media may or may not stand as evidence in court, yet they arouse suspicion. The information gathered by the media and fans of Sushant Singh is tremendous, and it will be an onerous task for CBI to sift through this mound and authenticate every bit of it before presenting it in court. The country is keenly watching every bit of inquiry by CBI and has already socially sentenced those who they believe are accused.