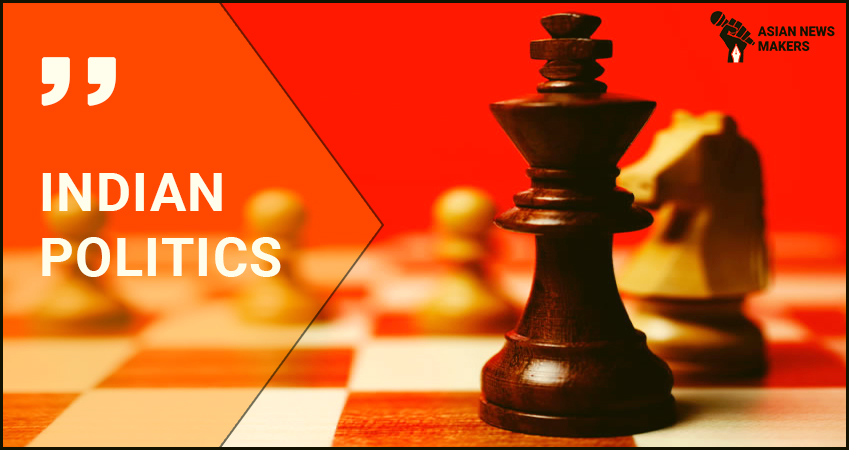 Rajasthan Politics Crises is a Political Game. Strange, but Commonly Played in Politics.

Here is one, you should keep in mind. “Politics is the art of looking for trouble, finding it everywhere, diagnosing it incorrectly, and applying the wrong remedies,” thus spoke Groucho Marx,  an American comedian and writer.

The comparison of Politics to Chess is a known thing. But Politics is often also akin to the game of billiards. You hit at one ball and the resultant is seen on something else.

A first ‘side effect’ of Sachin Pilot rebellion in the Congress camp apparently is that the Chhattisgarh Chief Minister Bhupesh Baghel has earned the anguish of a renowned ‘secular’ player Omar Abdullah.

National Conference leader Omar Abdullah is anguished over comments made by Chhattisgarh Chief Minister Baghel-also someone whom Rahul Gandhi reposed faith in December 2018, linking his (Omar’s) release from nearly nine months’ detention to the revolt by Sachin Pilot against the Ashok Gehlot government in Rajasthan.

Sachin Pilot married Omar’s sister Sara in 2004. Power politics has many layers. The question of whether one has one’s own political power or goes to work for someone else would always be a vital question.

Former Jammu and Kashmir Chief Minister, Omar Abdullah, tweeted angrily: “I am fed up of the downright malicious and false allegation that what Sachin Pilot is doing is somehow linked to my or my father’s release from detention earlier this year. Enough is enough”.

“Mr Bhupesh Baghel will be hearing from my lawyers,” he further said.

Abdullahs did not want to keep the matter confined to one missive in the micro blogging site by Omar alone.The National Conference as a political outfit also issued a strong statement.

“This statement (of Baghel) apart from being false and scurrilous is defamatory to the reputation of Mr. Omar Abdullah as well. It is within the province of public knowledge that the release of Mr. Omar Abdullah happened after judicial intervention was sought from the Supreme Court and the illegal order of detention of Mr. Abdullah was challenged.

Given the indefensible nature of the illegal detention order the same was revoked by the Government during the course of the proceedings before the Supreme Court. We have taken cognizance of the libellous statement of Mr. Baghel and we are presently in the process of consulting our lawyers and shall be initiating appropriate legal action against the aforesaid statement.”

Obviously Abdullahs’ “right links” in the Congress party may not come to the rescue of Baghel in terms of facing a legal battle. But importantly, it needs to be pointed out that Abdullahs are no paragons of principles and etc etc!

It is not Sachin Pilot, son of Late Rajesh Pilot who brings Omar closer to the BJP —- if at all. Omar had himself served as Minister of State for External Affairs under Atal Bihari Vajpayee.

He was Minister of State from 23 July 2001 to 23 December 2002 and resigned from the ministry in October 2002 citing “party works” as the main reason for quitting the government. So, long before Sachin was in politics, Omar and his dad Farooq Abdullah had done business with the saffron party.

In politics it is difficult to restrict the turncoats. They are everywhere as long as there are opportunities.

During a function in I covered Dr Farooq Abdullah once extensively at an Aligarh Muslim University function in year 2000.

In the year 2000, at a function in Aligarh Muslim University some students protested Dr Faroog Abdullah’s presence in the varsity campus ostensibly for violation of human rights in ‘Kashmir’. The real annoyance of those Kashmiri students was of course Dr Abdullah, then Chief Minister, for his ‘nexus’ with the Vajpayee regime.

Abdullah in his address at the Convocation function was not apologetic about the National Conference-BJP alliance but surprisingly said, “I am showing faith in Vajpayee, because he is close to the RSS. Kyon ki yeh banda ….RSS ka banda hae” (because this man belongs to RSS).

Fraooq Abdullah’s statement was meant to imply that only a ‘RSS man’ in Delhi and a military man in Pakistan (then it was Gen Musharraf era in Islamabad) could solve the Kashmir dispute and herald peace. Of course, Abdullahs parted ways from the BJP over Gujarat riots and quickly did business with the Congress.

Its three MPs in Lok Sabha in 2004 including Omar Abdullah backed Congress-led dispensation and did not miss any opportunity to attack BJP. Even in 1999, Abdullahs’ politics vis-a-vis BJP was like any other opportunist regional player like that of Trinamool Congress of Mamata Banerjee.

National Conference (NC), like Trinamool was “worried about the impact of their alliance” because of the sizeable ‘Muslim electorate’ in their backyards. Thus, NC leaders stayed away from the May 15, 1999 meeting when the National Democratic Alliance (NDA) was formally named. The parties, however, agreed to contest general elections with a common manifesto under the leadership of Vajpayee in 1999. The polls were necessitated as the Vajpayee government had fallen by one vote.

Interestingly, innocuous and Congress high command’s ‘obedient’ lieutenant Giridhar Gamang, then Odisha Chief Minister in office, was blamed for the fall of the NDA regime by just one vote. But it is also true that a vote that also “mattered” was of Saifuddin Soz, who had defied the Jammu & Kashmir National Conference diktats. Omar Abdullah was party leader in Lok Sabha and also the chief whip.

In 2014 again, there were whispers in the corridors of power about yet another round of BJP-National Conference deal.

After the assembly polls had thrown up a fractured mandate, the BJP leaders led by Ram Madhav worked overtime to stitch a purposeful alliance. But the speculation was dismissed by the National Conference more than once on the ground that the party of Abdullahs does not believe in “marriage of convenience” and would not sacrifice the party’s fundamental principles.

Where the ‘fundamental principle’ was in 1999 was hardly asked!

In fact, the speculation had gained currency after Omar Abdullah himself met the then BJP president Amit Shah in Delhi.

The BJP had emerged the second largest party with 25 members in the 87-member Assembly and National Conference was just voted out of power and had 15 legislators on their side.

Politics is strange, and truly so. It keeps switching between the game of Chess and Billiards depending upon who are the players and whom to target and what to achieve.

(Nirendra Dev is a Delhi based journalist. Writes on politics and strategic affairs. He has also authored many books including ‘Godhra: Journey of a Prime Minister’ and ‘Modi to Moditva: An Uncensored Truth)

Ladakh: A Year Since Repealing of Article 370 By Binny Yadav