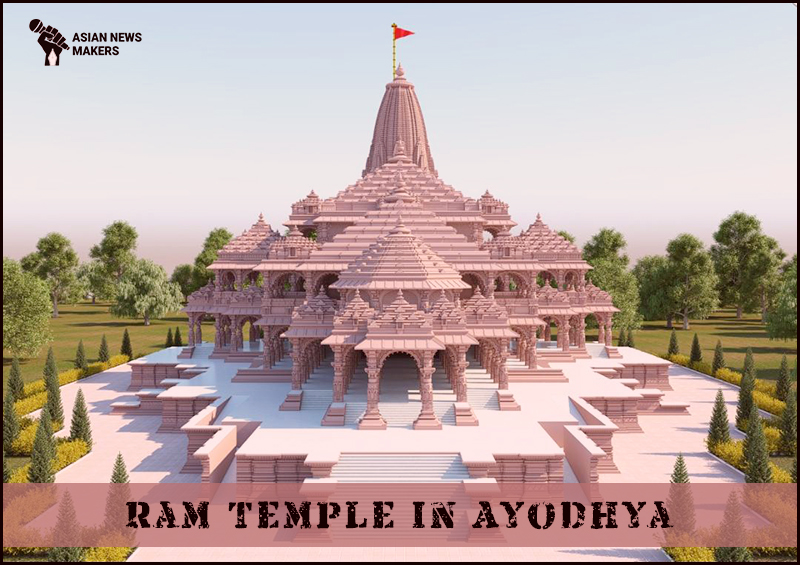 With the stone-laying ceremony of Ram Temple at Ayodhya, August 5, 2020, goes down in history as the date for India when Indian politics came a full circle with the formal establishment of a new political playing field, which has been the result of political chorus based on ‘Hindutva’.

It also in a way completes the process of ‘delimitation’ of secularism which started on 6 Dec 1992, the way BJP had been wanting, although subtly.

There is this another important date, 6 December,1992, down in the history. The events which unfolded on this day initiated the process of churning and squeezing of political space in India triggering a structural change in the social fabric in the name of Hindutva.

Period of 28 years, it took, to complete this process of delimitation of secular credentials (philosophically and emotionally) where the simple and individual faith directed into a frenzied mob to establish a political narrative which is derived from the sentimentalities of religion.

The Original Ayodhya of ‘Ram’

Much before this, many years back, for a 10-year-old like me visiting Ram Janm Bhoomi at Ayodhya was like a one-day picnic from the cantonment town of nearby Faizabad with friends and cousins accompanied by a seasoned Orderly from the army.

Thanks to this Orderly who happened to belong to holy and ancient town of Ayodhya the picnic turned out to be a tour down the history of faith in Lord Ram. For a young child like me ‘Lord Ram’ who until now was to be only found in temples and calendars, suddenly found placed everywhere around me as someone who was part of every individual and every inch of the land of Ayodhya.

‘Ram’ was present in every household, small or big, rich or poor as a matter of pure faith and emotions driven from the history of ancient Ayodhya, birthplace of Ram.

The very innocent and earthly looking Ayodhya city of those days with its narrow lanes and by lanes, beautiful in its imperfection had Ram idol placed in the temples of every household.

Criss Crossing the lane which I vaguely remember now led to the palace of Dashrath and ‘ram janm sthan’ which had people on both the sides sitting and guarding the temples of their houses and “Shri Ram”, rightly placed there very much like one of them.

A faith very personal, dignified and absolutely natural was everywhere. Raja (king) Ram, who once ruled the region for ages and centuries was ever dignified (maryada) and ‘Purushottam’ (best among men- the humankind) living with them in form of statues in every home.

Standing in front of ‘ram lalaa’ (the child Ram) placed on a makeshift temple-like base, as I recall through my faded childhood memory, besides the locked iron-gate, I remember a group of devotees singing and playing beats sans the frills and fanfare as has been attached to the name of Ram and Ayodhya of 2020.

Although I don’t remember much of the guided tour now, through ‘Sita Rasoi’ (kitchen of Sita) and other palaces of queens of king Dashrath, I still have some memories-after more than three decades, of black and white, squared, floor pattern of ‘Sita Rasoi’.

Ram reflected in everything, everywhere, naturally and as I moved from lanes to palaces to the revered ‘Saryu’ river of which I only remember the place called ‘Guptaar Ghat’, the river-bank where King Ram’ immersed.

As a child then, I had only known ‘Lord Ram’ whose idol is found in the temples and not ‘The Ram’ who was found in every single inch of the land of Ayodhya and lived among the people through their simple faith.

From Faith to Frenzy

Events of past around three decades have changed how the people realised and cherished ‘Ram’ the Lord. “Bhagwaan (God) Ram”, who once reflected through the pure and delicate faith of innocent people is now been reclaimed through noisy political rhetoric of “jai shree Ram” which many a times appear more a political proclamation than a matter of faith.

Events of 6, December, 1992, and beyond changed the innocent love and reverence for ‘Ram’ to a matter of agenda to gain political grounds. The innocent faith of the people, before they could understand how, had been exploited to  convert into the frenzied mob which downsized the house of another faith-the Bari Masjid, to reclaim ‘house of Ram’, on the then disputed land, the “Ram janm bhoomi’. (The title was cleared in 2019 by Supreme Court of India after a long legal battle.)

Matter of Other faith

Emotions in the name of ‘Lord Ram’ were provoked and accumulated to demolish Babri masjid to reclaim the land forcefully by piercing the emotions of ‘other faith’.

Even the supreme court while delivering the historic Ayodhya verdict in November 2019 said that the demolition of the Babri Masjid in Ayodhya on December 6, 1992 was an “egregious violation of the rule of law”.

The judgement maintained that, “muslims have been wrongly deprived of a mosque which had been constructed well over 450 years ago”.

Invoking Article 142 of the Indian Constitution the Supreme Court ruled that, “a wrong committed must be remedied”.

The apex court ordered for the allotment of a five-acre land parcel as an alternate site for the construction of Mosque.

Demolition of the Babri Masjid was a matter of ‘breach of assurance” for one community and for those who have faith in ‘Ram’, it was the matter of emotions and faith.  While the Supreme Court restored the facts besides insisting that, “tolerance and mutual coexistence nourish the secular commitment of our nation and its people”, which is to be ensured by the ruling government.

How can the Trust be re-claimed?

The motivated frenzy which demolished the Babri Masjid triggered the process of establishment of new political grounds in India. Laying of construction stone symbolises the completion of this new political playing field which is not purely secular.

It is extremely important hence to see how can the “tolerance and mutual coexistence”, which “nourish the secular commitment of…nation and its people,” as pointed out by the Supreme court while delivering the Ayodhya Verdict be ensured.

How to Protect From COVID 19? Use the Right Mask – By Binny Yadav & Olivia Sarkar

An Ode to Democracy in India