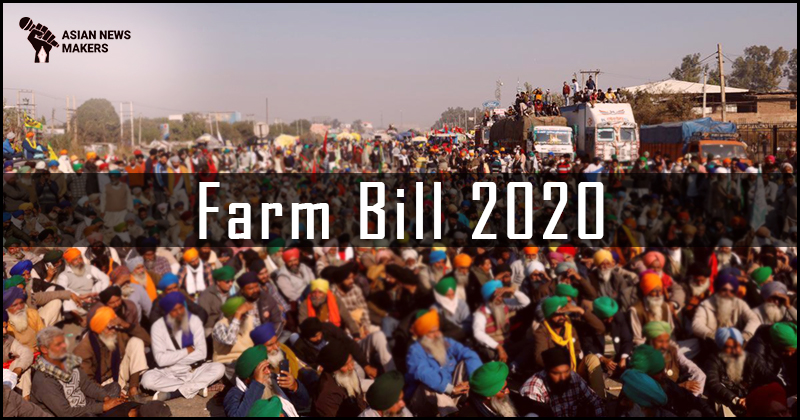 Farmers in India are angry and have been on the roads for many months since Farm bill 2020 was passed. Farmers’ Protest reached the capital end of November making Delhi the epicentre of one of the biggest farmers’ agitation ever. Farmers have been demanding the roll back of three provisions of new agriculture law which was passed in India parliament this year during lockdown.

What has happened now

The deadlock continues between the farmers and the government of India as none is ready to budge and step back from their stand. While even after five rounds of talks till 8th December when the nation-wide strike was called by the farmers’ forcing union government to came out with a proposal to amend few of the provisions in new agri 2020, the offers was turned down, the possibility of any ease of the situation seems fading.

The farmers, while rejecting the government proposal appears to be united and resolute towards their demand complete rollback of their key demands.

The bone of contention is a set of three laws passed in September which aims to “liberate” farmers from the tyranny of the middlemen and deregulate India’s enormous agriculture sector.

The farmers however fear that they would end up losing more than what they gain from the new regulations and the only beneficiary under the new laws would be agricultural corporations who have financial power. Farmers fear that they would end up being exploited under the new agricultural system with no legal rights in their hand. Farmers agitate at the very idea of big corporate houses taking away the major share of their produce and they would be left at the mercy of these big financial powerhouses with no will of their own on their land- what to produce, how to sell and manage their produce.

According to the new farm law the government wants to do away the age-old system of local markets called mandis setting the farmers free to sell their products anywhere and whosoever they wish to in the country.

This paves the way for contract farming where the farmers can enter into a contract with private companies doing away with the system of middleman and sell across the state borders.

Other issue which is hitting the nerves of the farmers is allowing the traders to stockpile the food products. The is against the earlier law which prohibited the stockpiling of the agricultural produce aiming against the hoarding.

The provision to stockpile the produce, fear farmers, would allow the corporate house to enter the agri-market to hoard and exploit the rising prices.

The other objection is the legal cover which the new provisions are giving to the corporate houses who wish to enter the agriculture market.