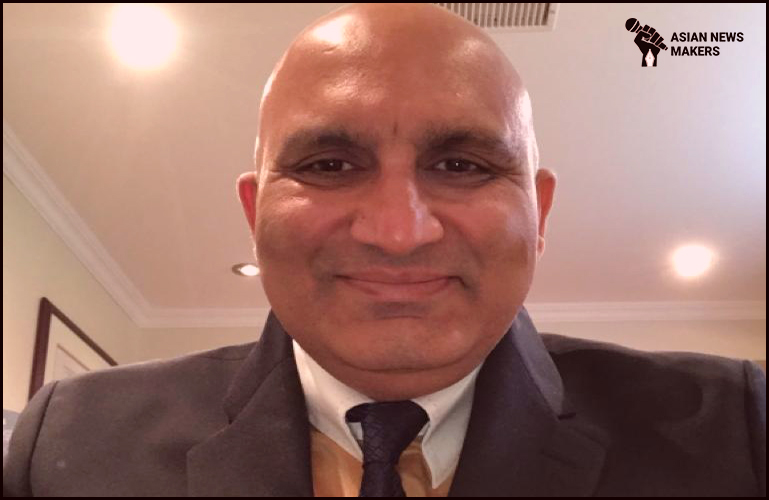 As we try open up the lockdowns and restart life amid still growing pandemic cases,  it is difficult to prioritise because the pandemic has affected every sector of life and not just the health.

When even the USA, the largest  economy being exposed-which could sustain only 1.37 million jobs recovery till August and around 11.5 million still needed to recoup, official confirmation of recession of United Kingdom in 41 years after 20.4 per cent fall in second quarter should have been the confirmation of the gloom for the world.

Facts that countries like Canada trying to patch up the loss by covering approximately 85 million people through Canada Emergency Response Benefit, are definitely not the inspirations but the revelation of how even the giants of economy are trying to balance on volatile grounds. .

Above examples of bigger and stronger economies can be a reflection of ensuing doom which the poor and developing nations must be facing or would be subjected to in very near future.

How are we prepared for correcting the loss and rise again? Should we have a common policy for post-Covid economic recovery or it should be a tailor-cut customised policy for individual economies?

Binny Yadav, Managing Editor, Asian News Makers, spoke to Raja Kadri, Economist, Policy Advisor & Global Affairs Analyst, to understand the possibility and options for post-Covid recovery. Is it just the economic recovery which the world should look at or there has to be a different approach?

Binny Yadav: What is the road ahead for the world for post Covid-recovery?

For me it is most important to make right choices. We have this as an opportunity to correct the policy errors.

BY: Do you think a single economic model suits all or there should be different models for different economies as well as a common global policy for the world to recover.

RK: G7 countries, you know, have bit more room to leverage in terms of providing the stimulation to their economies. So Bank of England, Bank of Canada, Federal Reserve bank can continue to print money and start distributing.

But again, (linking it to your previous question) it doesn’t solve the problem. For the developing countries in South Asia,  Africa and the other parts of world that is a big problem.

So the only option they have is to carry more debt…for the stimulation of the economy because…..we have lockdowns, unemployment is going up (and other issues).

You can’t really open up the economy while the Covid cases are rising and people are nervous.

The governments don’t have a lot of room to inject the money … but at the same time building up the infrastructure and governance is a positive aspect…..when interests rate are on negative side.

BY. How can governments intervene?

RK: The governments do have an option to intervene in the economy but in a strategic and smart way. Not the old way of just opening the taps and nothing gets down and the money is forced into corruption and what not, and nothing gets done.

Strategic way of creating opportunities for the 21st century evolution should be to (realise that) technology is gonna decide the economic frame for the world. which means that the machines would replace the major work force impacting the jobs for people in Bangladesh, India, Vietnam and Pakistan.

What kind of measures (we should) implement to not only mitigate this economic crisis which started with the health crisis but also to prepare a society for the next century evolution and possibly the next economic depression.

I mean, in 1930s when the depression happened… the role of the government drastically changed. Obviously some may argue World War Two was responsible for getting the economy going but the governments played a strong and central role. They built the highways, they built the bridges, they built infrastructure, they created the economic growth which Europe also needed of course with the help from the American money.

So the governments have a very very important role to play. (But the) question is ‘How are they gonna do it?’

Will they be committed to make sure that the post covid framework of social order is strong enough and resilient enough to face or at least mitigate the next shock because next shock will happen and if that happen, if you have not dealt with the structure issues. God only knows what the outcome will be.

BY: You have been insisting that post Covid economy will be a different ball game together. Given that, if we talk about the policy framework what the policy makers have to straightaway focus on.  How can we priorities?

RK: The short-term priority has to be to provide cover at the minimum levels so majority of the population at least have a subsistent support from the government.

The long term (focus) should be to see how big a role technology can  play in terms of modifying the economy to check…the rising inequality. The traditional economists’.. models are detached from reality. The variables change all the time. Nobody can predict the black and white.

Nobody saw this pandemic (coming) but we have to do an investment in the infrastructure (because) sooner (or later) rain will come … so it is a good idea to fix the roof while it is still not raining.

It doesn’t make any sense to patch that leak up, because you will require triple the resources.  You might wanna do this when the weather is nice. So it is important to do a rethinking of approach towards social issues from economic point of view.

BY: What role do you assign to the policy makers?

RK: You always have to think in a tragic terms. You have to prepare for the worst to be better equipped to deal with whatever the crisis comes here with.

So, the prevention (should be a matter of policy).  When we talk about prevention, it is better to be prepared than just to meddle with it.

One might say that the governments cannot forecast the future, fair enough, nobody can. But put (the things) in place.  Put in place some measures. Had there been such measures before Covid crisis the governments–especially the developing nations had not been so unprepared.

The other important area is inequality and how the tax policies.. benefitting only certain portion of the population like in Latin America, Asia and even in China.

Then it is to focus on the fact that if the technology will continue to change the job market, how can we prepare our population to face that (situation)? How can we do that? I don’t know if anybody is thinking that way.

Also it is important to change the idea of just keep pumping the money in the economy as the central banks have been doing since 2011. (We have seen) the results.  It has not done anything.

BY: So, in current scenario do you think we also need to restructure international agencies like IMF,  World Bank etc?

RK: Yeah that’s one part of it. As I said earlier that half of the battle is already won if you ask the right question.

IMF in particular. World Bank’s mandate is different. I am looking at more from IMF’s financial point of view. They are looking at the whole model of credit supply and help the nations. How to come out of it? There are different ways, maybe we ought to be looking at something different, maybe we should be asking different questions, because obviously whatever we have been trying to do it has not generated the desired results.

I mean, for example IMF has been involved in restructuring (and helping) many economies in the world including India, Latin America, Africa etc. But we have seen it when the growth rate has gone up…everybody is jumping… happy days are here again and then it goes down, and they (say) oh boy! Whatever the progress we made, it has been lost. Which means that adhoc policy options will not cure structural problems facing a society.

So why is it the case? Because the real progress only happens when you remove the structural obstacles. That’s when the real progress happens. For example, you look at the women’s liberation movement. Some 60-70 years ago that was not possible, what changed? The structural issue (here) is that women have started to pursue the higher education, they really started to get their house, they really started to take charge of their destiny,  so on and so forth.

The UN did support the programmes in individual countries and helped…female groups to take their destiny into their own hands. When the structural issues and the education roads blocks were taken care of women came out (and restructured themselves).

Why this has happened, because the structural issue, which was really blocking the women’s progress (was addressed).

We could apply the same sort of thing into the other aspects of the social and political order and mainly how to remove (this monster of) inequality which exists in every aspect of political, social and economic frame, and that’s where the focus of the institutions has to be.

Because no mode of credit facility, no mode of aid, will really solve the issue and we are just throwing the money at the problem without generating the results.

People will say destroy these institutions when they are not generating results. That is not the solution. You will still need international entities so breaking down something doesn’t solve the problem either.

RK: They have to look into the windows to get the fresh air. Where again, they know what sort of questioning is done. Just the economists do not solve (every problem).

You got to bring people who understand history, who understand the philosophical differences between different societies, and how do we solve a problem from a critical thinking point of view and not just based on a economic mindset which has been known in these institutions.

Anxiety of Going Back to Schools Once Again!!