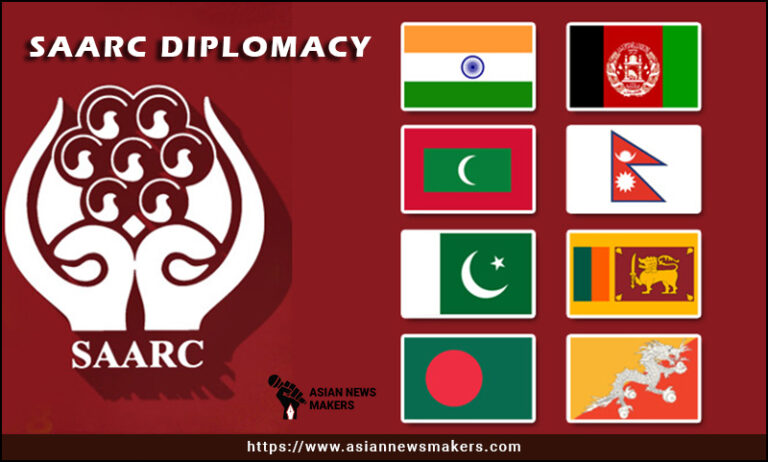 In Corona-hit world with no face-to-face interactions and only virtual meets of leaders and Foreign ministers; there hardly is any change in Indo-Pak relations.  The acrimonious one-upmanship between the two neighbours continues unabated.

From Indian perspective, according to sources there was a modest diplomatic win as Pakistan’s keenness and proposal during Foreign Ministers meeting to discuss the 19th SAARC Summit (pending since 2016) “fell through due to lack of consensus”.

In a tweet, Dr Jaishankar also wrote: “Cross-border terrorism, blocking connectivity and obstructing trade are three key challenges that SAARC must overcome. Only then will we see enduring peace, prosperity and security in our South Asia region”.

Pakistan has tried to raise the issue of Kashmir both in SAARC meet and also in Conference on Interaction and Confidence Building Measures in Asia (CICA) forum.

During the weekly briefing in Delhi, MEA spokesman Anurag Srivastava answering a question on Pakistan raising the issue of Kashmir in SAARC meet and also the virtual CICA Special Ministerial Meeting was more terse : “It is very typical of Pakistan to use such fora to raise bilateral and contentious issues which is inconsistent with the principles and charter of such organizations and their meetings. What else can be expected of a country that indulges in cross-border terrorism as a part of its state policy”.

Sources told this scribe that, “One of the agenda items in the SAARC Ministerial meeting was the 19th SAARC Summit, which was to be hosted by Pakistan. Most countries felt that it was not an opportune time for the event considering that member states are preoccupied in dealing with COVID-19 situation. So the proposal fell through due to lack of consensus”.

To register protest for Uri terror attack in 2016, India had first announced boycott of the SAARC Summit – which Islamabad was to host – alleging Pakistan’s involvement in the attack.

Afghanistan, Bangladesh, Bhutan, Sri Lanka and Maldives also pulled out resulting In an indefinite postponement of the summit.

Only this year on March 15 after personal initiative of Prime Minister Narendra Modi, top leaders held a virtual meeting on Covid19 situations.

Of course, informally the foreign ministers have been meeting on the side lines of United Nations General Assembly (UNGA).

Last year, Pakistan foreign minister Qureshi, a known hardliner in Indo-Pak relations, had arrived late at the SAARC’s Council of Ministers meeting and came only after Dr Jaishankar had made his speech and left the venue.

The last SAARC Summit was hosted by Nepal in November 2014 when Prime Minister Modi and his Pakistani counterpart Nawaz Sharif had attended the same.

In 2018, the then External Affairs Minister Sushma Swaraj, now deceased, had snubbed Pakistan in New York As she had immediately left the meeting venue after her remarks and did not have any exchange of Words with the Pakistani minister.

The Late Minister had also told the meeting that the terrorism was the single largest threat to peace and Stability in South Asia.

About his participation in Thursday’s virtual meet, Pakistani Minister Qureshi issued a series of tweet Missives and said, “I restated Pakistan’s willingness to host the 19th SAARC Summit and for obstacles Created in its way to be removed for SAARC to function as an effective instrument of regional cooperation”.

In another missive, he wrote: “Highlighted need to condemn and oppose unilateral or illegal measures to Change status of disputed territories in violation of UNSC resolutions. Such unilateral measures run Counter to shared objective of SAARC to create regional amity”.

Obviously his reference was to the Modi government’s decision to abrogate Article 370 in Jammu and Kashmir.

However, opposition party PML-N leader Maryam Nawaz Sharif said the issue at stake was ‘political’ And the issue should be settled by the people’s representatives and “should be decided in Parliament, Not in the GHQ”.