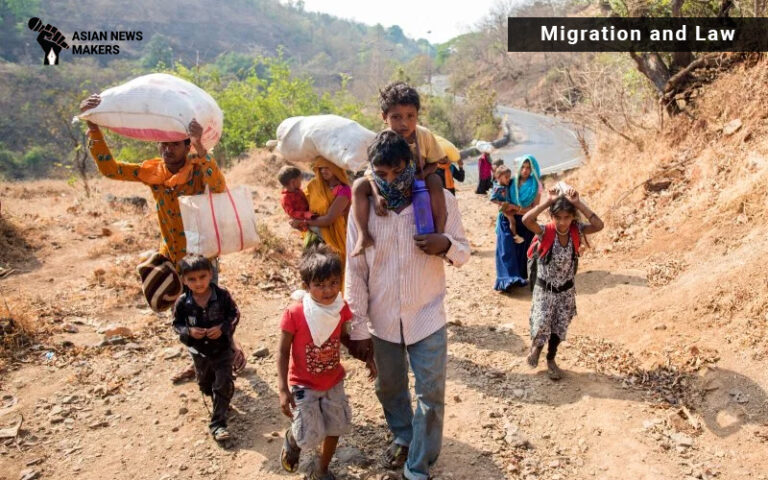 Freak /Monstrous accidents involving labourers and migrants during lockdown have become an inherent part of India’s fight against Covid’19.

Some very important questions arise in this respect- do we owe any legal duty towards the victims of these accidents and their families? Do we have laws that seek to compensate them in case of death or disability?

The imposition of a nation-wide lockdown was meant to reduce the number of people dying (from the pandemic). Ironically, this bid to save lives has also led to the biggest tragedy to befall a section of our population in recent time.

Lockdown has brought to the fore existing glaring inequalities in the Indian society. Perhaps it may not be wrong to say that the inferno of labour distress was already simmering underneath the facade of urbanisation and development of our country.

The unstoppable migration of labourers have brought forth the reality of lax labour management and utter neglect that has happened on part of the state in dealing with the workforce responsible for the churning of economic wheel of the nation. These labourers working mostly in unorganised sectors not only lack social security of any kind but are also the most neglected and casually treated work force without even the security of regular employment.

The death or disability of migrant labourers have occurred due to reasons ranging from collision of vehicles, hit and run, running over by trains, starvation, exhaustion and heat stroke etc. These deaths may not be compensated through a single legal window but has to be dealt only through the constitutional guarantees to citizens.

In case of running over by train, the railways has categorically stated that the victims cannot be granted compensation as these accidents do not find place under any head of its liability.

Motor accidents fall under the purview of the Motor Vehicles Act. This act has provisions for compensation of accident victims. Compensation for hit and run cases, that is where the perpetrator cannot be found, is capped at a meagre 2, 00,000 rupees.

Collision victims are covered by third party insurance that has become mandatory in India. However, the mandatory payment for third party insurances is 5,00,000 rupees (both amounts subject to increase of 5% pa). To claim more, the victim (or dependent) has to approach the Motor Accident Claims Tribunal. No act covers victims of exhaustion, hunger and heat stroke.

Why does the nation need to compensate these ‘Corona migrants’?

To answer this, we have to delve a bit to the liability side, humanitarian grounds and on the Principles of Natural Justice.

Let us start since the beginning, when the Central Government announced the imposition of lockdown with an ultimatum of just four hours, bringing  traffic, economy, educational and recreational activities and life to a sudden halt. This opened the pandora’s box of miseries for the migrant labourers.

Being daily wagers their income stopped abruptly. Many of these were without food or shelter in a single stroke and had only few options. Either to die out of hunger, die due to corona or set off to a long journey and try their luck back home in their native places.

Their wretched shanties, shared to its limit, in unsanitary localities are not even suitable for a basic standard of living, leave alone following social distancing. In these very structures they patiently began their wait for the lockdown to end. However, that was not to be. As their savings decreased, temperatures began to rise, as did worry of families back home.

Coincidentally, this is also the season of the harvesting of Rabi crops and sowing of Kharif crops, the period in which many migrant labourers hitherto go back home, to work in own fields or as agricultural labourers. Food distribution that had started with a lot of gusto also proved to be inadequate. Then there was the want of money at home. The result was that these labourers had no choice but to return home. But how?

How can the migrants be compensated

The railways, that metallic artery of India, stopped. And just as the sweltering Indian summer began, when we despise even one lone minute in the scorching sun, the labourers began, lock stock and barrel, their long journeys to their home, the village. Even a child can gauge the helplessness of these pitiable creatures making journeys of thousands of kilometres on foot, bicycles, hidden in trucks filled to capacity, mostly without food and even without water. Their impuissance is corroborated by some suicides in the advent of lack of money and inability to reach home to dependents. Therefore, the following bold statement may be correct to state that these labourers in making the tough journeys “have done no wrong, they have suffered a wrong.”

In spite of these inhumane difficulties, those that reached home are still to be considered lucky. Consider the victims of these arduous journeys that are disabled to the extent of being unable to work. And what about the dependents of those that died terribly midway?

Firstly, these people belong to the lowest economic strata of our society and lack adequate savings and substantial liquid assets to fall back on. Next, the labourers and their families are also not in a position to take any sort of legal resort to claim compensation. Also, even in cases of third party insurance in the tribunal, how will the family members provide certificate of income from unorganised employers (since the income of labourers varies according to skill and nature of work and will not always be minimum wages). Chances are that the family members are not even aware of the name and other whereabouts of these employers.

As such, it is the duty of the government to not let these people suffer due to any legal quagmire with respect to the manner in which death or disability occurred. Therefore, irrespective of the fact that these people became victims of a train, vehicle collision or hunger, they should be considered victims of a migration under duress.

What are the legal remedies for ‘Corona migrants’?

First and foremost are the Fundamental Rights, chiefly the Right to Equality.  Although the lockdown is protecting many lives, it is proving to be detrimental to the life of these labourers. The Indian state cannot give preference to one person over another and cannot shirk its responsibility to answer  why were trains and public buses not arranged on time and appropriately. Hence the government is liable to these victims as it was the absence of these public utilities that made them take the alternative risky way home.

Secondly, we cannot differentiate between the population and provide social security to only those in a particular job and their dependents.

Thirdly, monetary packages are being announced to those who suffered economic losses during the lockdown, but what about those who are suffering bodily due to the same thing. Also, the recent amendment to Right to Equality enables the government to take steps to help people belonging to economically weaker sections.

We can also argue that the Article 21 consisting of Right to life has also being violated. In absence of any income, any recourse to food and availability of safe passage, the labourers were left with no choice but to make the journey in whatever way possible.

India lacks an express provision either in Constitution or statute, but the judiciary has interpreted Right to life very widely and compensatory jurisprudence arises from this fundamental right. Supreme Court has pronounced that compensation can be given in cases where any fundamental right has been violated. The Labour Code Bill, 2018 is a model policy document available in this respect. It reads, “It is the duty of the society in general and government in particular to ensure that nobody who has contributed to the growth of the nation in his good days is left alone to face the problems like sickness, accident, unemployment, disability, maternity and old age in his lean days.”

Right to social security is also considered a human right by the United Nations. It goes without saying that compensation of any amount cannot bring back the deceased or restore the disability. It seeks to bring relief by offsetting the loss of future income for the dependents and assuage the expenses incurred in the process of disability or death.

Therefore, providing compensation in case of future loss of income is also in line with the Principles of Natural Justice. Here it should be noted that the Central government and various state governments are pledging ex-gratia amount to victims. This is commendable but it is paid as a favour and without calculating the right amount.

Various judgments have given differing formulae to calculate the amount but the process is more or less the same. Such a formula should be derived on the basis of present income, active years left, expenditure on self etc. A reasonable amount to compensate for non-pecuniary losses should also be added. Some of the guidelines of the Susamma Thomas case should also be referred, wherein, in case of minor or illiterate dependents the compensation should be invested in the highest interest paying fixed deposit.

Focus should be on the fact that part from obligation to a legal duty, payment of this compensation will also need to wider social security for the poor hapless people. In the present case of the labourers the work of formulation of these details should be given to a Claims Commission, with the mandate of providing a just compensation to the labourers (and/or their dependents) in case of either total permanent disability or death.

The Draft Labour Code Bill, 2018, displays a quotation at the beginning which reads, “Everyone has the right to benefit from social security.” How we tackle the present plight of the labourers is a crucial landmark to prove all the values of the Indian Constitution, Principles of Natural Justice, Universal Declaration of Human Rights and sheer human kindness.

The harrowing images and stories of the journeys of labourers will continue to haunt humanity globally for a very long time to come, but let us strive to give them their due rights so as not to let this tragedy convert into an unspeakable one.

(Medha Pande is a student of Faculty Of Law, Delhi University)