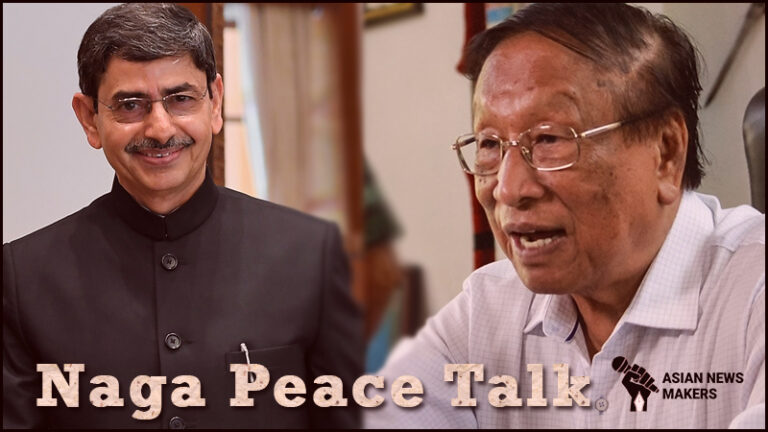 Neither Governor nor NSCN (IM) is sure about who can bell the cat and bring normalcy between some of the key stakeholders involved in Naga peace talks.

December 1 was Nagaland Statehood Day. For decades, the ‘statehood’ for Nagas at least major tribes was considered an achievement.

But this statehood that was declared with so much pomp and gaiety in 1963 and also every, since then, Is now being questioned? Or to be precise, some protagonists and organisations are suggesting that Mere statehood is not panacea to the Naga problems!

Governor R N Ravi said on the eve of the Statehood Day, “Since 1980, the people of Nagaland have suffered Enormously by the guns of people from outside the state, inspired by Maoist ideology and tactics.”

The NSCN was floated in 1980 and this was the time around when Thuingaleng Muivah stole all limelight vis-a-vis Naga insurgency. Muivah hails from Tangkhul Naga tribe from the hilly region of Manipur and was thus left out of the ‘statehood process’.

When Governor Ravi further said, “Protracted armed insurgency and endless peace process have taken an unacceptable toll on the people of Nagaland”, the target is obvious.

In his Statehood Day message, Ravi also said, “In pursuance of their new found political ideology (pro-Left and pro-Chinese philosophy tilt of NSCN-IM), which was antithetical to the inherent ethos, values and customary systems of Naga society, unleashed a cultural genocide, akin to the Cultural Revolution in our neighbouring country and killed thousands of Nagas including infants and women and tried to exterminate the tribal and intellectual leadership of Nagaland”.

Of course, often considered as a frontline organisation of NSCN (IM), the Naga Hoho has flayed Governor Ravi and also questioned the role played by ‘founding fathers’ of Nagaland state. The NSF also slammed the Governor.

“Did the founding fathers of Nagaland state spend a single night in the jungle fighting for freedom…? The Hoho said in a statement while trying to question the merit of Ravi’s statement. The Hoho also lambasted the Governor for creating “primary and secondary stakeholders”. “Regrettably”, it says, “Ravi’s entire utterances are to create division among the Nagas”.

The Naga Students Federation (NSF) has in a statement said, “Though there is no denying the fact that the creation of Nagaland did reap in monetary dividends for a section of the Naga people besides other tangible and intangible perks, it had only resulted in a more fractious Naga society and Governor’s claim that it has been the best thing to happen to the Naga people only reveals his shallow understanding of the Naga history and also the narrow walls within which he has been trying to solve the vexed Indo Naga political issue”.

The militant group, which is in parleys with the Government of India since 1997, now says: “For the Nagas, the creation of Nagaland state as a result of manipulation and treachery has been recorded as an act of insult to the freedom fighters in particular and to the Naga people in general”.

The strong statement came close on the heels of a rather unusual but assertive statement from the state Governor R N Ravi, who in his Statehood Day message, said “Nagaland state is an abiding testimony to the triumph of the politics of peace over the politics of bloodshed. It is a proud saga of the indomitable Naga spirit which rejected the politics of gun and gun powder in favour of politics of democracy and dialogue”.

With the Centre, veteran Naga politician S C Jamir has in an official function on December 1 said, “….the successive governments and MLAs in last 57 years have taken oath of allegiance to the Constitution of India. The Constitutional provisions on Nagaland are the fountainhead for Nagas and it should not be muddied by anyone. Unfortunately some people, who were nowhere to be seen during the critical periods of Naga history are now unrealistically muddying the fountainhead”. Jamir, who reportedly as Gujarat Governor enjoyed good rapport with the then Narendra Modi, was speaking at a function at Kohima Raj Bhavan on December 1 wherein the bust of a legendary Naga leader Dr Imkongliba Ao, the president of Naga People’s Convention (of 1960s) was inaugurated.

The momentous occasion was graced by Governor R N Ravi and Chief Minister Neiphiu Rio among others. Of course, the target is again NSCN (IM).

The NSCN (IM) has been a potent militant group for over a decade but the group has largely drawn its strength by cadres and leaders from the Tangkhul tribe in the neighbouring state of Manpur – that is ‘outside Nagaland’.

The situation in Nagaland is turning complex as military operations have been launched against NSCN (IM) and Other militant groups ‘outside Nagaland’.

The NSCN- IM has issued a strongly worded statement on Nov 24 stating “our patience (perhaps in reference to military operations in certain pockets) should not be translated as weak and helpless”.

It also warned: “The consequences…will be disastrous for both the parties (NSCN-IM and Govt of India). This is never in the interest of a ceasefire across Naga areas”.

The Naga peace talks, kicked off in 1997 during the Prime Ministership of I K Gujral, have one way or the other reached the final stage. Seven militant groups operating in Nagaland under the umbrella body, NNPG, are already too kin to sign the peace pact, while the NSCN (IM) has been insisting that they would not compromise on the issues of the flag and constitution.

Not long ago, even former Mizoram Governor Swaraj Kaushal, who was negotiator in Naga peace talks in 1998, has said that the NSCN(IM) were not being ‘realistic’ by raising these issues and thus should not press for such demands. “The symbols of sovereignty namely, separate constitution, flag, currency, defence and foreign affairs are sacrosanct and never negotiable,” he has said.