It May Be Serious Than COVID 19. What Awaits South Asia? – By Binny Yadav 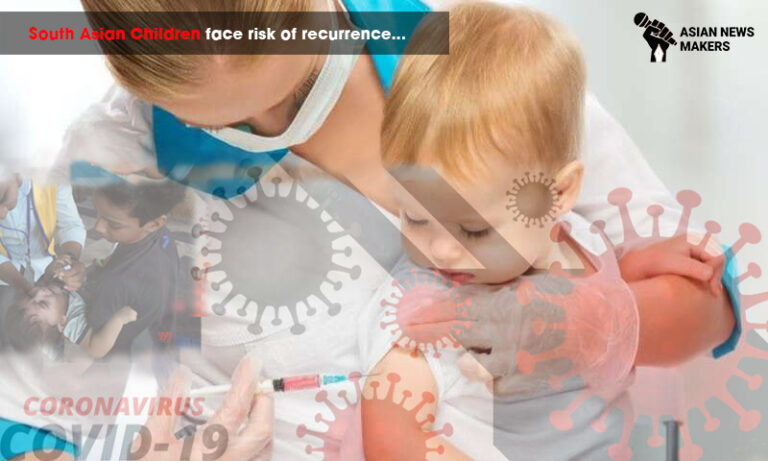 While the battle with COVID 19 appears bigger and longer with each passing day there is a looming danger of recurrence of other deadly and contagious Vaccination Preventable Diseases (VPD) like Polio, Diphtheria, Measles etc specially in poor and developing countries of South Asia. In Corona-infested world when the entire health machinery is directed towards fighting the virus doctors are worried about the outbreak of Vaccination preventable diseases if aggressive vaccination protocols is not resumed soon.  Since the outbreak of COVID 19 there has been a temporary suspension and delay in vaccination programmes in order to prevent the spread of virus in vulnerable population of infants and mothers.

The United Nations while releasing a warning in this regard in April this year said that Corona pandemic might reverse hard-earned gains in the South Asian region in the area of preventable contagious diseases. While we may take some time to finally overcome the crises due to COVID 19 there is a strong possibility of other deadly diseases emerging which the world had taken control of. VPDs are a major cause of deaths among children within developing countries and account for more than one million deaths annually. According to WHO estimates 2 to 3 million deaths are prevented every year through immunisation against Diphtheria, Tetanus, Whooping Cough and Measles. Nonetheless VPDs are still responsible for around 1.5 million deaths each year. This high death rate due to VPDs is despite the fact that vaccines are generally inexpensive and easy to administer and are the priority for the health care system of every country. South Asian countries are prone to VPDs considering their poor economic, educational and challenging healthcare system. This region contributes maximum population to the world and the majority of this population lives under poor sanitation and hygiene making the region most vulnerable to any outbreak of VPDs.

According to pediatricians there has been sharp decline of almost 80 per cent vaccinations for VPDs since the outbreak of COVID 19. Dr Paramjeet Singh Kumar a senior pediatric consultant at Rainbow Children Hospital, New Delhi, said “earlier I was vaccinating around 10 children a day but now only around 5 children can be vaccinated”. This is a sharp decline of half the number of children vaccinated in his private clinic and the hospital. If this number can be used as a representation of sample size then over all realities at the ground appears to be worrisome. According to the Centre for Disease Control and Prevention, USA, frontline and primary vaccination for the first year of child should not be delayed at any cost by seven to fourteen days as VPDs may likely spur up in any sort of pandemic three to four months later, says Dr Kumar.  He is worried about Diphtheria, measles and chicken pox specifically. He emphasises that now since the parents understand that lockdown is not ending Corona and Corona will not end soon, hence they are approaching doctors for the missed vaccinations as well as the due ones. Although hospitals are following the guidelines issued by CDC, Corona scare is discouraging the parents who choose to delay the Vaccinations for the time being, points out Dr Paramjeet.

Although none of the government in this region officially suspended the vaccination programme but due to complete lockdown situations and curfew, and the highly contagious nature of COVID 19 vaccinations were discouraged. Many small hospitals and private clinics were closed down and bigger hospitals and health care facilities which were functioning, were out of bound and difficult to approach. According to New Delhi based paediatrician Dr Sajeev Sharma, “Initially we were on a backfoot of vaccination for quite some time because we were not sure about the effect of virus on children’s health. But now it has been made very clear by the Indian Academy of Pediatrician (IAP), that vaccinations should not be delayed.” There are clear guidelines issued by the medical institutions like CDC and IAP which says proper screening of the child is important before vaccinations regarding any ailments, travel history and contacts of the parents beside maintaining proper distance. Dr Sanjeev Sharma points out that hospitals are discouraging the visit of children with minor ailments and issuing medical advice on telephone in such cases and calling only very important cases to the hospitals for diagnoses and vaccinations. Despite following up of these guidelines by the paediatricians and hospitals and cooperation of the administration by not stopping the movements of the parents for vaccinations there are a sharp decline in vaccinations.

Entire South East Asia, including India, was awarded certificate of polio free region by WHO on 23 March 2014. Massive immunisation programmes have resulted into sharp decline in the cases of measles, Diphtheria and also Typhoid. But in spite of aggressive immunisation campaigns much still needs to be achieved in this region as there always are chances of recurrence of VPDs. Pakistan is classified as endemic for Wild Polio Virus (WPV) and as of 13th November, 2019, there were 86 cases compared to 12 in 2018. Afghanistan too has reported one new case of WPV in 2020 taking the number to five. In 2019 there were in all 29 cases of WPV in Afghanistan.  Failure to implement strategic policies has led to ongoing transmission of polio virus in these countries. Therefore, assuming that any such VPD which the region has eradicated cannot recur is a hypothetical conclusion. Earlier WHO, between 2003 and 2009, recorded 133 events of polio due to imported WPV in 29 previously polio free countries.

In Sri Lanka, according to a survey conducted by WHO in 2010, over all vaccination at two years coverage is adequate and well-coordinated. Irrespective of this there was a measles outbreak in 2013 in the island nation affecting nearly 4000 children and adults. In spite of the fact that 99 per cent child births and vaccination programme take place in health care facilities of government, Tuberculosis is still a high-risk thread for Sri Lanka.

As per the WHO guidelines there are mandatory frontline vaccination protocol of 6, 10 and 14 week for infants and in the current pandemic situation it has been revised to 8, 12 and 18 weeks respectively. Delay in vaccination further than this would be catastrophic and might result into recurrence after three to four months. But in countries like Afghanistan and Pakistan with poor health care systems, lack of social awareness and low educational status is an impediment in reaching out to the community for containment of VPDs. In these times when there are lockdowns and curfew in most of these countries and reaching out to the hospitals and traveling is difficult there are strong possibilities of missing vaccinations dates. DPT and IPV can be delayed till 32 weeks in such cases but not beyond that emphasises Dr Sanjeev Sharma.

Awareness apart, other big hurdle in vaccination during COVID 19 pandemic has emerged from India which witnessed mass migration and exodus of migrant labourers from big cities and metros back to towns and villages. This is a big number of poor and uneducated labour class which depends heavily on the government health care facilities. India which has an abysmal record in health care and sanitation faces a bigger challenge in maintaining the vaccination protocols. Primary health care facilities were largely suspended in many areas due to focus on COVID 19. For Children of families who were displaced due to lockdowns and those who live in villages it is getting difficult to reach vaccination centres.

For the births which are taking place in villages there are multiple problems as these new-born children are not even getting vaccinated with important BCG and IPV given during birth for protection against Tuberculosis and Polio.  Between March 24, 2020 and May 17, 2020 which includes the period of three consecutive lockdowns in India, missed frontline doses of vaccination for first few weeks indeed poses a severe-health-crises for future. Therefore, while dealing with COVID 19 it is extremely important for the Government of India to ensure that vaccination protocols are aggressively implemented and vaccination facilities are taken to the children who might have missed these doses due to travel and lockdowns.  In these pandemic times effort should be to reach out to those children who are in the interiors, villages and belong to poor families without any infrastructure and health facilities available.

Causes of recurrence of VPDs in South Asia

In Pakistan, under-Five mortality rate is 81 per cent according to World bank ‘s 2015 data. It has the third highest burden of child mortality in South Asia and is not achieving child Millennium Development Goals. Around 58 per cent children in Pakistan who face the risk of diseases remain unimmunised. Failure of successful immunisation has impacted child mortality in Pakistan. Poverty and lack of social awareness too has hampered in the achieving immunisation goals. Poverty, education and inadequate social development have greatly contributed to poor immunisation programme of South Asian countries. In Afghanistan 66 per cent children are under-vaccinated or not vaccinated leaving millions of children unnecessarily at the risk for VPDs. In Bangladesh inequalities in education and inaccessibility of vaccination services has been a challenge. Children of educated mothers are found to be better immunised and the children whose fathers have higher occupational status were found to be around 2 per cent more likely to be immunised than children whose father had lower status jobs. 70 per cent of the well to do urban area are more likely to be immunised.

The other major worry for the South Asian region is the sharing of borders. Although countries like India, Bangladesh and Sri Lanka are Polio free and have majorly controlled diseases like Measles and Diphtheria there are concerns due to cross border transfers of cases from Pakistan and Afghanistan. South Asia therefore sits on a ticking time bomb of recurrence of VPDs during corona pandemic due to missed and suspended vaccinations. According to a report in Sri Lanka Journal of Child Health in 2017, failure to stop Polio Virus in these last remaining areas has the potential of causing as many as 200,000 new cases globally. Hence it is very important that governments of South Asian region bring out policies to track immunisation in Corona times.