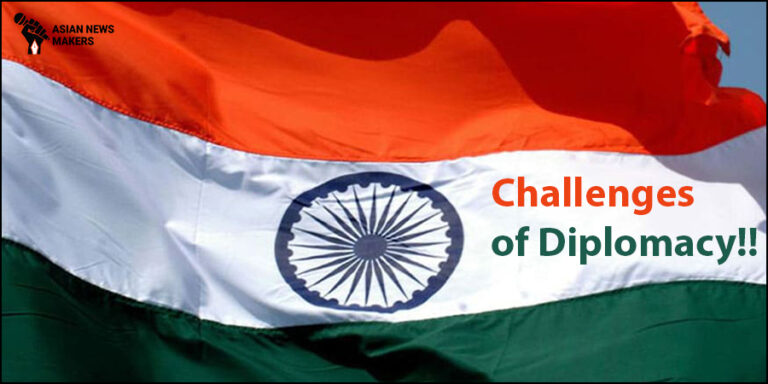 The biggest diplomatic challenge for India in 2021 would be dealing with China which New Delhi has been perforce drawn into. The others are fallouts of Chinese expansionism and attempts to bully India into a submissive status in Indo-Pacific region.

The challenge is compounded by world powers caving into Chinese egregious economic diplomacy. The latest to be seduced by Chinese economy is the 27-country European Union. Last December, both EU and China signed the Comprehensive Agreement on Invest (CAI).

After seven years and 35 rounds of negotiations the European Union and China concluded the agreement on investment. Germany, which is largely driven by economic interests and has much less of a world role, pushed this agreement under the leadership of Chancellor Angela Merkel.

Obviously, Merkel fell for RCEP-integrated China. The agreement. However, will provide unprecedented access to the Chinese market for European investors. The European companies can participate in multiple sectors of Chinese economy. The agreement has to be approved by the European Parliament and the final text will be signed in early 2022 under the French EU presidency.

The signing of CAI bespeaks EU’s priority and perspective on international politics. This is a major inflection point in world diplomacy. The European Union was created to promote a set of political values across the globe – freedom, cooperation, federalism, human rights, peace, stability and a rule-based world order.

The member countries of the European Union, all practicing democracies, were critical of the Chinese political system which they termed as ‘systemic separation’. The EU objected to the security law imposed in Hong Kong by authoritarian China, resented the disinformation emanating from Beijing on Corona virus, and the violations of human rights within Chinese territory. The EU was working on a Trans-Atlantic plan to counter the strategic challenge posed by China.

The NSA-designate of Biden Administration had said days before the pact was signed between EU and China “we will be entering into an early consultation with our European partners on our common concerns about Chinese economic practices”.

But both Xi Jinping and the EU leaders namely Angela Markel had perhaps a better sense of timing to sign up the agreement-days before Biden assumes Presidency.

The immediate implication of this pact is the impression that European Union seems to have given up its intent of becoming a global geo-political player. Also, Beijing seems to be saying that democracies have no stomach for a long-term fight; the so-called democratic block which was being constituted by the United States becomes a non-starter.

Implication of EU-China deal on India

To be sure, New Delhi could not have prevented European Union from signing the agreement. In fact, even Donald Trump, who was the main architect of counter-China policy, signed the Trade-1 Agreement with Beijing.

The important lesson for New Delhi to learn is an axiomatic truth in international diplomacy, that is, “even virtuous leaders inevitably must be backed by the availability of the material power if they are to enjoy enduring political success”. So, limitations of national capabilities have to be overcome. To start with,

What should India focus on?

New Delhi has to catch up with Beijing, which boasts of a five-time higher economy than that of India. India’s foreign policy and its much-lauded principles have been bedevilled by India’s weak economy. The real politik theorist Hans J. Morgenthau, in 1960s, had commented, “India’s widespread and chronic poverty prevented it from pursuing its laudable foreign policy objectives”. The chronic poverty has considerably reduced but the economic strength is not commensurate with India’s potentials for world politics.

In addition to a weaker economy, there are structural and process problems in our foreign policy even under the present Prime Minister. These problems cut both ways; they have broken the mould in certain areas, but have gone against india’s image and interest.

Some observers say that, owing to such problems, it is not a happy moment for India’s foreign policy. On the contrary, foreign policy seems to be directionless and floundering.

One, foreign policy inputs are coming from some nebulous groups outside the South Block. For instance, a nondescript NGO was behind inviting 23 European Members of Parliament to visit Kashmir immediately after Article 370 was defanged. All those MPs belonged to one ideological block – right-wing Conservative. Therefore, their endorsement of the situation in Kashmir somewhat lacked credibility.

Second, the decision-making on foreign policy is centralised; the Prime Minister takes a call on each issue and the Finance Minister simply executes. Particularly, with NaMo, this has been the practice. The Trump’s visit to Ahmedabad was planned, designed and choreographed by the PM himself.

On the ‘famous’ demonitisation, the Prime Minister took the sudden momentous decision, even the Finance Minister was not on board and piled on later. So, all the grand designs on foreign policy emerge out of the PMO.

But the current Foreign Minister S. Jaishankar does not have grounding in politics. That is his Achilles’ heel. That is why the FM does not interact with the public, which he used to do when he was the Foreign Secretary. The Foreign Minister should not be kept away from the limelight.

Fourth, Prime Minister Modi depends too much on the personal factors, rather than structural ones. He has built personal rapport with his ‘warmth and charm’ with Benjamin Netanyahu of Israel, Jair Bolsonaro of Brazil, Shinzo Abe of Japan, Donald Trump of United States whose candidature Modi undiplomatically had endorsed, and perhaps Boris Johnson of UK. It is another thing that all these leaders are populist and conservative.

Fifth, is the personal angle translating into Summit diplomacy. The Summitry should be the end point or the last resort of diplomatic exercise not the start. If the Summit meetings between the heads of the governments of any two countries did not yield results, then where does one go!

This is what happened between Modi and Jinping in Wuhan and Mallapuram. Xi Jingping could not be swayed. He has come up in politics hard way and is ambitious about making China the world power. In this mission, he wants to cut India to size to prevent it from being a potential rival in Indo-Pacific region.

Sixth, the Modi regime seems to underestimate the impact of domestic policies and politics on our foreign policy. India’s democracy and stability have played a complementary role for India’s diplomacy.

On the other hand, the domestic problems like poverty in the past and unrest and resentment at present could harm our foreign policy interest. For instance, the imposition of CAA and NRC have upset our Islamic neighbours, likewise at the time of this writing the ongoing farmers’ agitation is having international echo, at least where Indian Diaspora is sizeable.

And worse, we seem to be mixing up the domestic and foreign policies, like the government picked up a fight with Canadian Prime Minister Trudeau as he expressed sympathy for the farmers’ issues.

On the brighter side, Prime Minister Modi has made a radical departure from India’s traditional foreign policy which was time-worn, reactive, ideologically-driven, and please-all. India now takes positions and sides on international issues. Even a Chinese state-run newspaper commented, “India now has a government that would not be scared to offend others”. Coming from China, this is a big compliment to our new foreign policy. However, if the problems identified above are addressed, it could be happier times for India’s foreign policy.