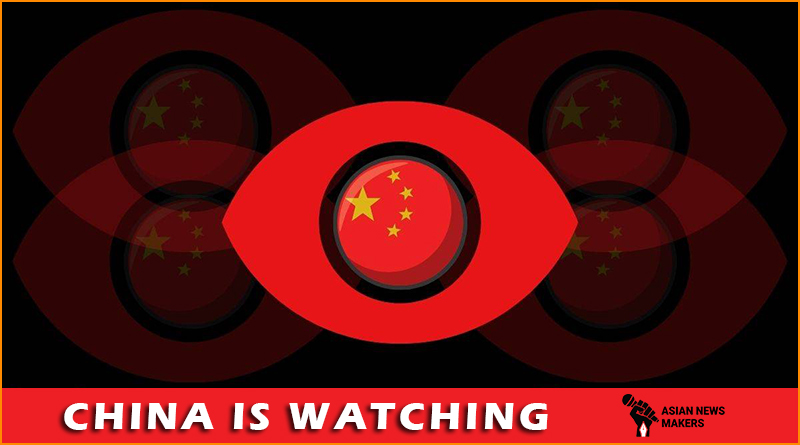 India has sounded its displeasure to China over media reports that a Chinese company was indulging in snooping and data mining practices against prominent India politicians including Prime Minister Narendra Modi and Congress chief Sonia Gandhi and also top military officers.

The matter was taken up by the Ministry of External Affairs with the Chinese Ambassador Sun Weidong in Delhi.

“Our Embassy in Beijing also raised it with the Foreign Ministry of China. The Chinese side conveyed that ‘Shenzen Zhenhua’ is a private company and had stated its position publicly,” External Affairs Minister Dr S Jaishankar informed Congress MP K C Venugopal.

“In their part, the Chinese Foreign ministry maintained that there was no connection between the company concerned and the Chinese government,” he also said.

Reports in a section of western media said the Chines company is allegedly involved in such data collection since 2017 to help provide ‘intelligence’ to Chinese military, government and commercial clients.

The issue was raised in Upper House of Parliament during Zero Hour by Venugopal and his party colleague Rajiv Satav on September 16.

“Inform the minister concerned and see what can be done and find out the veracity also,” the Rajya Sabha chairman directed.

Meanwhile, in reply to a written question in Lok Sabha from Trinamool Congress member, Saugata Roy, on whether India’s bilateral relations with “neighbouring countries” Nepal, China, Bangladesh, Sri Lanka, Afghanistan and Myanmar has deteriorated recently; the government maintained a categorical ”No”.

Of course, the Modi government seemed to have adopted a mixed strategy towards China. While it does not want to give up the policy of talks, on the other hand, New Delhi also maintains a tough postures vis-a-vis Line of Actual Control (LAC) in Ladakh region.

The response to Saugata Roy on September 16 also added: “The Government accords the highest priority to India’s relations with our neighbouring countries. India is an active political and economic partner of its neighbours and is involved in various projects, including development projects with these countries”.

Meanwhile, in response to another query in Lok Sabha from two JD(U) members, the government informed the House that – “the Chinese side departed from consensus to respect the LAC and tried to unilaterally change the status quo, as a result of which a violent face-off happened in the late evening and night of 15 June 2020”.

The government response also stated: “Both sides suffered casualties that could have been avoided had the agreement at the Senior Commanders level been scrupulously followed by the Chinese side”.

India lost 20 soldiers at Galwan while the Chinese side reportedly suffered a much higher number of casualties though Beijing has not officially acknowledged such fatalities or loss of men in its side.

Lately, Indian army has ventured into the ‘unoccupied’ areas which give the forces a “tactical advantage” vis-a-vis the Chinese side.

They said ‘expert committee’ on snooping would be headed by the National Cyber Security Coordinator, officials said.

The panel will assess issues related to violations of law and submit its recommendations within 30 days.

“Replying to my zero hour intervention on Chinese surveillance, Hon’ble External Affairs Minister Dr. S. Jaishankar informed us that the Govt has taken the matter seriously and constituted an expert committee to assess this within 30 days. We expect quick action on this,” Venugopal tweeted on his part.

Mr Venugopal and his party colleague Rajiv Satav raised the issue in Rajya Sabha on Wednesday and sought government’s attention to a media report that suggested tracking of over 10,000 prominent Indian individuals and organisations by a Chinese technology company.

In his letter to the Congress lawmaker, External Affairs Minister Dr Jaishankar also said – “The Government of India takes very seriously the protection of the privacy and personal data of Indian citizens. It is deeply concerned at any report that suggests that foreign sources are accessing or seeking to access the personal data of our citizens without their consent”.

According to government sources, the Chinese Foreign ministry has maintained that there was ‘no connection’ between the company concerned and the Chinese government.

Dr S Jaishankar met his Chinese counterpart Wang Yi on the sidelines of the SCO conclave at Moscow last week and called for “full adherence to all agreements” by Beijing of border management.

At the Moscow meeting, the Indian side also clearly conveyed that it expected full adherence to all agreements on management of border areas and would not countenance any attempt to change the status quo unilaterally.

The Chinese side was categorically told that the immediate task is to ensure a comprehensive disengagement of troops in all the friction areas. “That is necessary to prevent any untoward incident in the future”.

Apart from President Ram Nath Kovind and PM Narendra Modi, the Indian targets in the list include Union ministers and chief ministers, the current and former chiefs of the armed forces also business tycoons such as Tatas and Gautam Adani.

Corona Mutates: Can We Afford Another Lockdown By Binny Yadav