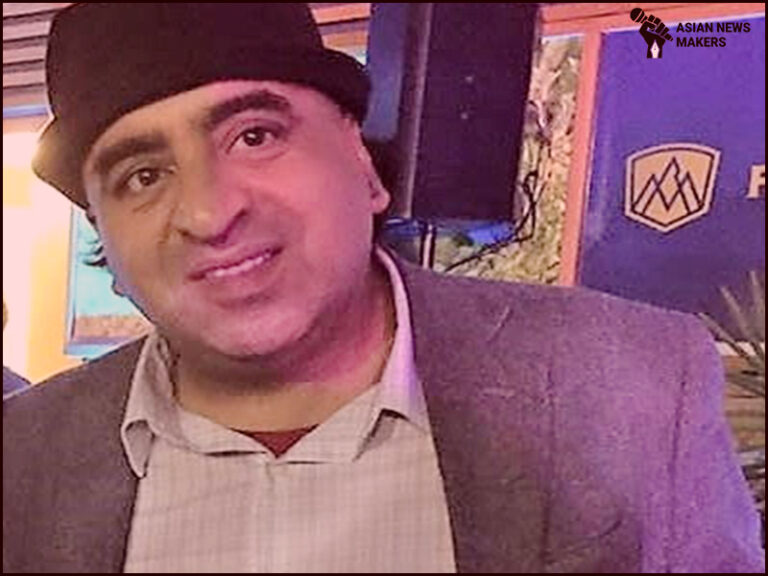 Paul Dhillon is a journalist, producer, director and writer of films like The Fusion Generation, Gone Are the Days, Reflections–South Asian Stories, Bhangraricious along with feature films like Sweet Amerika, starring Gulshan Grover, has been living in Canada and working with South Asian community for decades. He talked to Dr Neelam Batra-Verma, North America Correspondent with ANM, about his experience of racism within and outside the community.

Have You Come Across Racist Slurs/Discrimination At a Personal Level While In School/College or At Work?

I’ve experienced blunt racism, subtle and institutional racism. The blunt kind is rarer but when we arrived in Canada in 1978 it was very common from white kids and people to call you “Hindu” and other names. I remember that during walks to schools, myself and other kids would be targeted with name-calling and sometimes-physical violence like hitting you with snow-balls or throwing you into the snow.

I think Black Lives Matter in the US is a rallying cry and a united voice in fighting racism in all its forms for everybody but because black people are likely to experience it disproportionately than other minorities, it’s the right call to say Black Lives Matter when talking about racism and fighting racism. In Canada, I think it should not be used but a general slogan to fight racism because here disproportionate amount of racism is suffered by Aboriginal, South Asian, Chinese and others as Black population isn’t that big in Canada. All Lives Matter should not be used as it has become synonymous with racists’ use of the term to deny the fight against racism.

Does Being Anti Black Mean That Most of Us Lack Basic Human Decency And Empathy?

I think being anti-black would mean being a racist but as I said the use of BLM has a context in the US. But the fight against racism should be united as racists do lack basic human decency and have no empathy and that is why it is both criminal and dangerous.

Why is it that in Canada, Blacks have been the ones fighting oppression? Why not us South Asians? Are we just piggy backing on their struggle?

I think one group that has been long fighting racism is the South Asians as they along with Aboriginal and Chinese, have faced the most extreme form of racism, including violent attacks to their property and physical well-being. Blacks have only joined the fight in Canada recently as their population in urban centres like Toronto has increased.

What got you interested in Dr Bhullar’s case? I think you followed his case for a few years, always writing about it. And finally producing an award-winning documentary – Gone are the days.

I have covered Dr. Hakam Bhullar and his fellow Indo-Canadian Veterinarians case for more than 15 years and I decided early on to pursue the documentary film, as it was a precedent setting case where you had a College clearly discriminating against the low-cost veterinarians. They continued their one-sided abuse even though the previous BC (British Columbia) Liberal government had the authority to intervene and fix the problem of the racist College Board that continued to abuse its power by doing everything to put the Indo-Canadian veterinarians out of business. The BC Liberals never did anything and it finally took the BC Human Rights Tribunal to give the guilty verdict against the college. Still, they didn’t stop and finally the NDP government had to bring in changes but it stands as the worst case of systemic discrimination and racism in Canada.

In the case of the Indo-Canadian veterinarians – it was pure racism, ignorance, intolerance and abuse of power in trying to deny them the same rights as other Canadian veterinarians.  English language claim was just one thing but those with power at the college clearly used derogatory terms for the minority veterinarians and generally made fools of themselves with the claims they made against university educated immigrant veterinarians.

Do You Think There is Racism Within Our Own Community?

I think there is widespread racism within the South Asian community due to religious, caste, regional and other differences. Due to traditional caste and class, there is hidden racism that remains in Canada and sometimes it does come to the fore when two people get into disputes and physical fights. It’s also prevalent in a similar way as racism in the mainstream where groupism and cliques quietly keep people out of social and economic spheres from the fear of the other or the feeling of not being wanted due to their caste or class. So yes, there is racism or classicism in our community for sure. Because it’s a subgroup – the fight is more tolerance and acceptance and not a fight per se.

How successful have South Asians been in politics? Having a turbaned defence minister, certainly makes us proud. But generally, do we have to work harder than the whites, to achieve the same goals?

I think South Asians have done well in politics in Canada as compared to other groups like Asian-Canadians, the biggest minority community in Canada.  I think our community has achieved well and made great progress in business and other successes through their hard work. I think per capita we have achieved more than the Whites due to the hard work (which is knack in all communities that they don’t work hard) but privileged whites have had it better than all groups – even lower income whites – as they have had the inside advantage whether it’s corporate or government – they have achieved more easily through connections, clique and what is now being White Privilege.

Or are South Asians more successful in society in Canada than the Blacks that they do not need to fight it out? Instead they concentrate on education and ensure their kids get the best education to succeed in their chosen professions.

I think South Asians as a community is more aggressive than other groups including Blacks and try to do their maximum in education and by adding hard work and perserverance they have been more successful than other groups and many Asians have similarly been successful.

As a South Asian and living in Canada, do you think it is a little better for us than the indigenous and Black people? We don’t get pulled over as often as they do? Or am I mistaken?

I think we have made inroads into the mainstream as well as policing with a number of high-profile people involved in policing and politics so yes, I think we have done better than aboriginal and blacks. Those two communities have been stereotyped but we should also not dismiss that there have been disproportionate number of people from those communities involved in crime (which is a social problem perhaps due to socio-economic nature of their communities). It is a complex problem for policing but I do believe that there is racism in policing just as it is in the army and that needs to be addressed by the authorities.