Engaging With Taliban: Is India Ready To Blink? By Binny Yadav 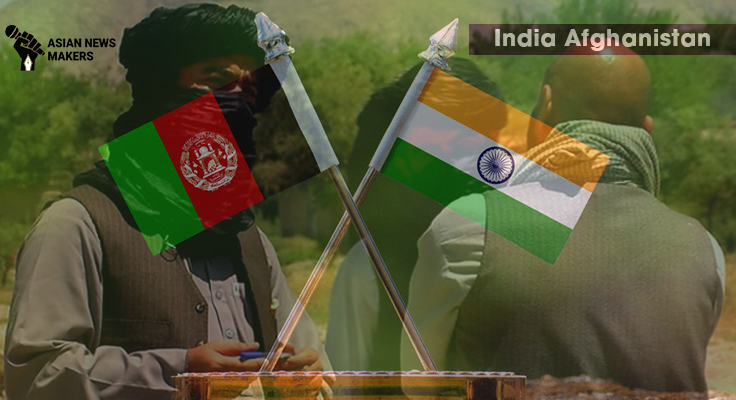 While the world is watching how the peace deal between US led NATO forces and Taliban insurgent is being executed on the ground there is a simultaneous eye of the world on what step India takes to counter or give in to the pressure to engage with Taliban.

Although India welcomed the peace deal between US and Taliban but has been short of any commitment to engage with Taliban on the ground. US is keen on India’s engagement with Taliban and has been persistently trying to build pressures in this direction. US special envoy Zalmay Khalilzad has been suggesting that “India should” engage with Taliban as it has been an important geopolitical partner with Afghanistan and has had a considerable political, diplomatic and cooperative relationship in the past.

US understands well the importance of diplomatic channels between Kabul and New Delhi which it intends to exploit for the execution of the deal on ground and therefore has been building up pressure on New Delhi which in turn is being extra cautious in responding to such tactics.

India was represented by its ambassador to Qatar, P Kumaran, for Doha peace deal and the peace process was also acknowledged well with a clear message,  “As a contiguous neighbour India will continue to extend all support to the government and people of Afghanistan in realising their aspiration for the peaceful, democratic and prosperous future, where the interest of all section of Afghan society are protected”, by Raveesh Kumar, External Affairs Ministry spokesperson.

The message was very loud and clear from India that it stands for the peace in the region and the people of Afghanistan, while emphasising that “India’s consistent policy has been to support all opportunity that can bring peace, security and stability in Afghanistan and ensure end of terrorism”.

The peace deal was majorly backed by the world because, if successful, it has the potential to bring in peace and political stability in the region but Taliban as a party to the deal is putting a big question mark over the very purpose of the exercise creating apprehensions. There are questions about whether Taliban fighters, loyal to hardliner Islamist splinter groups will be willing to adhere to the reduction in violence in the agreement.

The objective of the peace deal if achieved, puts both the US and Taliban in a win-win situation. For US it is a commitment it has got from the Taliban fighters to end all terror activities specially on US land. In return US has promised to withdraw its forces from Afghan soil in 14 months of the deal which paves way for US to gradually pull out of its longest war. Immediately after the deal US president Donald Trump had said that deal will pave way for US troops to drop from 13,000 to 8,600 in the weeks following the deal.

For Taliban the deal is an opportunity to get political legitimacy for which it has its own conditions before it committed itself to end violence.  Taliban has proven itself as a tough partner to deal with by demanding the release of 5000 fighters from Afghan government-run jails for which there is no clarity yet from the Afghan government, besides mere commitment against terror is not sufficient much more is expected from Taliban in action on ground in terms of pulling itself out of terror engagements completely.

For India it is a difficult preposition. Neither it can ignore the strategic importance of the deal nor it is easy for India to accept the Taliban insurgents as a party to engage with. India has a major investment in various infrastructural and development works which cannot be carried out without keeping Taliban as an engaging partner considering the fact that Taliban has been attacking Indian establishments on its soil in the past. The other factor has been the strong relationship which New Delhi has shared with the government in Kabul.

India will have to decide soon as it may not have a choice if the Taliban are a part of the political governing structure that is being sought through the peace talks. Alice Wells, the outgoing head of the US state Department’s South Asia and Central Asia Bureau emphasised that it is up to India to decide whether or not it wants to open talks with Taliban but acknowledged India as a “ critical player” in the Afghanistan peace process with $3 billion  in assistance. Wells said that it is up to “India as to whether it wants to engage directly with the Taliban but in a situation where we are seeking through a negotiated political settlement to have Taliban as a part of that political governing structure that government relationship with India should be close and we believe that a healthy Afghanistan is going to need to have a healthy relationship with India”.

New Delhi is watching the developments in Afghanistan before taking the decision which would be a major shift in its policies towards Afghanistan.

There have been no stopping of violence and attacks in Afghanistan which have aggravated after the signing of the peace agreement indicating the kind of world that is likely to emerge in North-Western part of South Asia. Incident like militant attack on the maternity ward of Dasht-e-Barchi hospital in capital Kabul killing at least 24 people including mothers, infants and newborn derails the peace process and give rise to apprehensions.

Peace deal has initiated many simultaneous interesting developments in Afghanistan indicating that political stakes in the region are high. Taliban, too keen to get a political legitimacy through the deal is showing readiness to compromise its ties with Islamic groups on one hand besides keeping Pakistan government at its side and also offering a hand to India with the commitment that it would not indulge in Kashmir. As Wells too had indicated that as part of the peace deal Taliban has made a commitment against “international terrorism” and America’s commitment is to ensure that Afghanistan can never be used as a base of external terrorism directed against us, the region, its friends and partners.”

Afghanistan government too has started to blink for the first time since the peace deal and has indicated that it is ready to engage with Taliban for the peace. The major development is the easing of stress at the government establishment. The long standoff between Ashraf Ghani and Abdullah Abdulla over the election results seems to have been settled. While Ghani remains the president and Abdulla gets to nominate half the cabinet, would lead the talks with the Taliban if and when they take place as the chairman of High Council of National Reconciliation.

Meanwhile for India it is important to observe if and how Taliban disassociates itself from Islamist splinter groups besides its disengagements with the act of terror before taking a call whether to engage with the Taliban or not. India can not compromise its position on terrorism and threat perceptions from Pakistan based terrorist organisations many of which still maintain relationship with Taliban.