Democracy In The 4th Industrial Revolution
By Asad Sultan 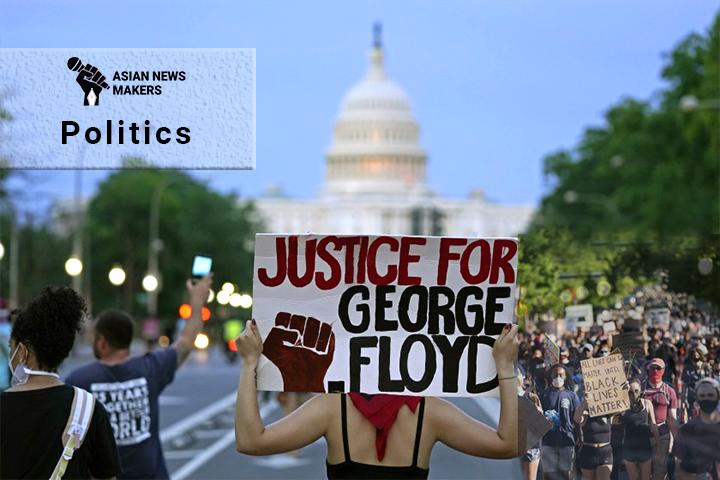 killing of George Floyd has once again focused the lens on systemic racism and all its associated evils.

I’ve always thought that the elegance of American democracy was best showcased by the election of Barack Obama following eight years of Dubya. It seemed a noble response of a citizenry that was tired of its leadership preying upon the differences in people, both foreign and domestic.

Off course the backlash came soon enough in the form of Trump, turning that sentiment fully on its head. His MAGA mantra signaled that the fault lines were alive and well, and as if to dispel any doubt he’d build a big fat wall over it. Four years into his megalomania and no one should be surprised to see this day come.

The killing of George Floyd has once again focused the lens on systemic racism and all its associated evils. James Baldwin eloquently made the case in 1965 that any debate about racism was itself predicated on an assumption that black people were subjugate to whites-a tacit acknowledgement of which was a precursor for any further dialogue on the matter.

As an immigrant kid growing up in the Midwest, I had a taste of it myself, though I can’t reasonably equate the experience with the centuries of injustice done to African Americans. It was a different thing altogether, yet I would say I can empathize with the gist of it. If I were to try and put my finger on it, I would venture to say the cause of it all is just this: ego.

Ego is the sense of oneself as separate from another. White people have this egocentric view of themselves as better than other races. It is reflected in the telling of european history in the last 2000 years; and played out in acts of slavery, colonialism and conquest.

Certainly, racism wasn’t invented by white people. Innumerable civilizations and cultures pre-dated this recent period of human civilization, and no doubt will succeed it once again. Regardless of which people sees itself as dominant in any given epoch, ego drives the self-serving agenda to divide and rule; to organize society into a hierarchy that serves one’s interests over others.

Racism is one manifestation of this pecking order, but there are many other isms that achieve the very same objective: religion, politics. education, profession, and always: money and power. Admittedly it is easier to differentiate based on skin color than creed or caste, but the effect is the same.

In fact, the greater the egoism the more amplified its expression. The antidote to ego is, of course, compassion, which finds its expression in benevolence, kindness, humility, selflessness — traits promoted by all faiths and, even failing so, simple common sense.

However, time and again ego presses its thumb on the scale. The presumption of self-interest is hard-wired into any form of discrimination, and the actions that flow from it are bound to subjugate the have-nots. In that regard it has got nothing to do with white and black. The design of any system will necessarily serve its architect.

Still, this particular crisis does offer some cause for hope. It comes at the intersection of the fourth industrial revolution, and introduction of technologies that promise to decentralize and automate society.

Blockchain and AI in particular will democratize authority and robotize decision making. With its conscionable use, the expanded influence of any one group can be diminished. The reverse is also true, surely, but a tendency against dystopia is nature’s daily struggle that everyone must take part in.

As much as people fear the matrix of artificial intelligence overtaking human consciousness, it equally has the awesome power to liberate us from our innate biases. As the saying goes, numbers don’t lie. There’s no such thing as utopia, I get that; but a better toolkit will empower everyone and even the odds a bit; which, in the end, is all that George Floyd was crying out for.

This Article Is Reproduced From…https://medium.com/@acesultan/a-time-for-reparations-3a1b142db0e4