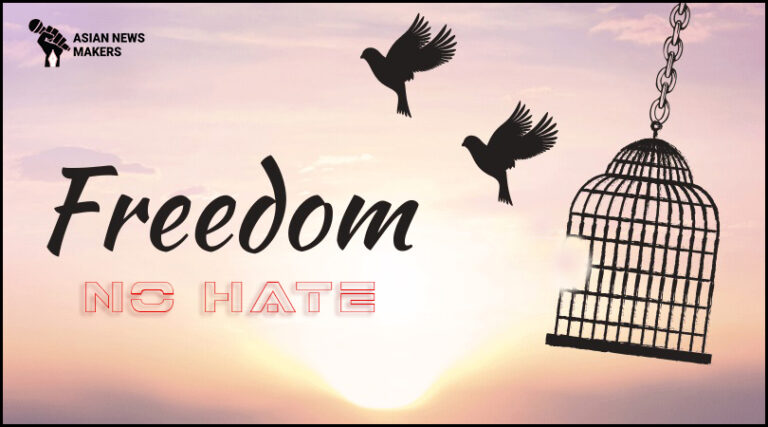 It is important to differentiate between ‘Free Speech, Hate Speech and Offensive Speech’

Every idea they say has a time. In India, it seems to be the time when it is an opportunity for the idea of ‘Freedom of Speech’ to have new understanding in form of differentiations between ‘free speech, offensive speech and hate speech’. Fortunately, the courts sems to be duly obliging.

Case of a Hindi language TV channel, Sudarshan TV, which was stopped from streaming a programme is an interesting reference here to put forward the point, and interestingly there have been many such instances in recent days.

The Supreme Court of India, upheld the ‘freedom of Speech & expression’ of media when it said that “it must be circumspect in imposing any prior restraint on speech…” and allowed the telecast of the a series.

Interestingly the broadcast was later  stalled as court found the content not only “insidious” but also “wanton disregard of the truth”. This definitely could be perceived as an opportunity of sorts to differentiate between ‘permissible speech’ and ‘hate speech’.

The curious case of Prashant Bhushan, senior advocate and activist, which was vociferously fought in the Supreme Court of India was not just a case to define the limits of ‘contempt of court’ but it was fought to reclaim the right over the limits and extent of freedom of speech.

Dr Kafeel Khan, is the other recent prototype of ‘freedom of speech’. Dr Kafeel was arrested for speaking against the system and the mismanagement of the government hospital resulting into the death of several infants in a Gorakhpur hospital. High Court, while relieving him read out the speech of Dr Kafeel probably to prove the point how freedom of speech and hate speech can be differentiated. The release established how ‘free speech’ is paramount in democracy.

Those arrested on the charges of inciting Delhi riots of 2020, and later released by the court, again is an important step towards differentiating ‘free speech, hate speech, offensive speech’.

Article 19 (1) of the Indian Constitution, guarantees ‘Freedom of Speech and Expression’, subject to the power of the State to impose restrictions on the exercise of those rights.

To understand the contemporary standing of India in terms of Freedom of Speech and Expression, the best way is to look through the purview of these recent si cases.

The recent developments and the observations by the courts including High Courts and the Apex court are very significant and will go a long way in clarifying the ideals of “freedom of Speech & Expression” in India democracy.

Senior Advocate and activist Prashant Bhushan’s contempt case (July 2020) is an important example to see how “archaic” laws can be exploited to weaken dissents and voice of citizens, and the fundamental right of freedom of speech and expression can be claimed.

“CJI rides a 50 Lakh motorcycle belonging to a BJP leader at Raj Bhavan Nagpur, without a mask or helmet, at a time when he keeps the SC in Lockdown mode denying citizens their fundamental right to access Justice!”

“The publication by tweet reaches millions of people and as such, such a huge extent of publication would also be one of the factors that requires to be taken into consideration while considering the question of good faith.”

Dr Kafeel Khan, Devangana Kalita and Sharjeel Usmani are few others who were arrested in recent past under various stringent laws in connection to anti-CAA protests in December. They were charged with more than four cases under several sections of IPC including communal disharmony, disobedience, and other violations.

Ironically, within the first week of September this year, different High Courts  gave bail to all three of them as the police was unable to present any concrete evidence to proof the charges.

Allahabad High Court’s reading out of Dr Kafeel Khan’s speech while finding him “non-guilty” is an evidence of how courts are trying to take such cases as an opportunity to establish the authority of ‘freedom of Speech’.

Similarly, Devangana Kalita, a member of Pinjra Tod, a women activist group in Delhi, was granted bail in three out of four cases because police couldn’t present a shred of single evidence against her.

Yuval Noah Harari, an Israeli historian, in his book ‘Sapiens’ says, “unlike the case with many other species, language gave us the freedom to converse about things which even never existed, and it is what forced others to extinct and not us. To express our thoughts or feelings through any which way is centric to the idea of every individual, which eventually called for the protection of its freedom, today known as ‘Freedom of Speech and Expression’. Democracy is the first model of governance which introduced this as an obligatory right of every citizen. Therefore, freedom of speech and expression becomes the very foundation to practice democracy in a country”.

Iver Jennings, British lawyer said, “Without freedom of speech, the appeal to the reason which is the basis of democracy cannot be made‟.

The freedom to speak does not only means to freely converse but is also a means of check and balance of Democracy. Other than all the institutions established by democracy to ensure accountability and credibility of the government, freedom of speech is one of the most important tools to bring out the fallouts of the government or express displeasure over any government policies. Hence, it is imperative that this freedom has strong foundations in governance and is practised by all the citizens.

“If we do not have this freedom, everybody is going to live in their shell, and eventually the whole of slavery will come back to our country. If the government is elected by us, then why can’t we express our displeasure against them too?” emphasises Nancy, a young architect and a responsible citizen, and she is not alone. Every responsible youth believe in this basic tenet of freedom, the free speech.