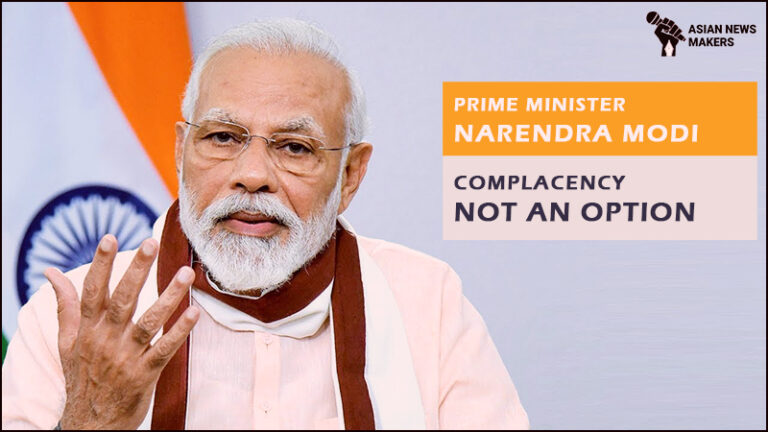 The moot point is – denying a crisis can be a blunder; Narendra Modi’s popularity should be the strength to perform better instead.

In July, senior BJP leader, Dr Subramanian Swamy, said that the battle against the Coronavirus and Ram temple construction should not be mixed. “It is a ridiculous argument ….,” he waxed eloquent.

But it is true the issues in India are gradually getting overlapped. Some of it could be happening through normal course and some of course due to media’s role.

Role of Media is Critical

A section of the media-political establishment seems to even think that hyped media publicity on the questionable and mysterious death of actor Sushant Singh Rajput is political.

One senior journalist allegedly went out of the way to provide a platform to a prime suspect in the Sushant death case. But this is nothing new. Journalism in India is always linked to politics.

Many years back even Arun Shourie , so called ‘doyen’ of Indian journalism was fired by late media baron and editor Ram Nath Goenka  for misquoting and virtually creating a ‘quote’ attributed to the then Prime Minister V P Singh.

The Covid19 media coverage too has been badly hit by ‘political considerations’ of media organisations and websites drawing their ‘funds’ from certain known and unknown sources. Individual journalists are generally toeing the line and saving their jobs.

Thus media was vertically divided. For some, the Tablighi Muslim clerics was a major issue, while the Left-Liberals believed ‘migrant workers’ woes will create herculean challenge for Modi.

The Real Task for PM Modi

At this time the only real task is nothing but tackling the situation arisen out of Covid19. On August 27, Finance Minister Nirmala Sitharaman said the Covid19 pandemic is “an act of God” and hence there will be unforeseen factors affecting tax collections. It has been also revealed that there would be a whopping deficit of Rs 2.35 lakh crore in collection of GST.

True, challenges are multiple. There has been much besides Corona which has been a whammy during these pandemic times-two consecutive cyclones; Amphan and Nisagra plus the floods. The floods across the country-Bihar, Assam and also western India, multiplied the troubles manifold.

Yet a miracle seems to be going around too. Prime Minister Narendra Modi remains unmoved and strong.

“Modi’s popularity is intact because he seems to give an impression that he is doing his best under the given circumstances. Moreover, the average Hindu voter is more than pleased with Modi because he is getting all the tick marks like getting a Ram Temple at Ayodhya and pursuing hardliner policies against Pakistan as well as in Kashmir,” rightly sums up Guwahati-based educationist Manisha Borkotoky.

Believe it or not; a recent survey revealed that “a resounding 78 per cent of the people surveyed found the performance of PM Modi to be outstanding/good”. Of course, only five per cent of the respondents said the Modi government’s performance has been poor.

In fact, of those surveyed, 38 per cent say Modi’s performance has been ‘outstanding’ and 40 per cent describe him as a ‘good’ Prime Minister.

The study, however, says – the mean score (by Modi) is low amongst non-Hindus (Muslim and other minorities). Muslim respondents rated Modi’s performance with a mean score of 2.33.

Into another plane of debate, it goes without saying that those who study Indian political history know it pretty well that the BJP’s politics remain intertwined with the Ram temple of Ayodhya and its other pro-Hindutva ideology.

This of course includes fulfilling a long time pending pledge by both the BJP and the Sanghparivar fountainhead RSS that Article 370 ought to go. And Modi has achieved these two.

I know a political observer in the Prime Minister’s constituency of Varanasi, who analyses things well. “Elections in India and elsewhere require two things: a popular face and emotive issues. Ideologies may not matter. The BJP has Narendra Modi – the most acceptable face in India, and pursuing temple politics actually attracts millions of Hindu voters”.

This immediately leads to another facet of the debate- the opposition camp comprising Congress, communists and other regional players are stuck in the politics of 1970s.The singular point ‘Modi-bashing’ has backfired time and again. Politically, yes, PM Modi’s temple move should be seen as a long-term strategy for general elections of 2024.

Bihar will go to state elections to elect its legislature in November. Sadly there is no talk on the real issues among the political parties and common people-the flood crisis, poor governance and Corona pandemic.

People are instead debating death of the film star Sushant Singh Rajput, who reportedly committed suicide in June in Mumbai – country’s entertainment capital and far off from his native state of Bihar. However, the suicide claims have been contested by actor’s family members and the Bihar government and now central agencies including Narcotics Department, CBI and ED are probing the case.

“Day in and day out, people are discussing the issue and the media too run round the clock programmes on the same and there is no serious discussion on other serious issues like Corona crisis, economic challenges and joblessness,” says socialist leader I P Singh of Samajwadi Party.

He may have his complaints against television media.

In fact, it is true that the ‘death’ of the actor is an election issue in Bihar this year and hence even the media focus is on the same.

On average Covid cases are rising at 4-5 percent every day. Bihar has hardly 40 doctors per 100,000 population, compared with 90-95 at the national level.

In the US there are 250 medicos for the same population size.

The crisis could be at the door steps as public health centres and even big hospitals have stopped providing routine services to patients including child immunization.

Poor and the middle class people face the same situation in other Indian states too. West Bengal, Maharashtra and Odisha are being run by opposition parties and in each state there are allegations of poor health infrastructures and underreporting of Covid19 cases and deaths.

“The West Bengal government is underreporting deaths caused due to COVID-19 as there is no proper mechanism in the rural areas to ascertain how a person has died due to corona or otherwise,” says parliamentarian Adhir Ranjan Chowdhury, who belongs to principal opposition Congress party.

There are regular reports of missing doctors, unattended patients, and viral pictures of stray dogs in Covid wards. Incident like rainwater flooding the hospitals treating Covid-19 patients in Uttar Pradesh are very common.

The Mumbai Police in Maharashtra (where it is a non BJP government), issued an order under Criminal Procedures Code stopping any person ‘inciting mistrust towards government functionaries and their actions taken in order to prevent spread of the COVID-19 virus’.

In fact, in May, the Editors Guild of India expressed concern over “a growing pattern of misuse of criminal laws to intimidate journalists in different parts of the country”.

During a hearing in the Supreme Court, the bench headed by Justice Ashok Bhushan remarked: “Covid-19 patients are treated worse than animals. In one case, a dead body was found in garbage.”

But things have been hardly addressed.

This was the worst-ever single day spike of 75,760 Covid cases that has ever been recorded by any country.

The number of containment zones in the national capital stood at 734 on Aug 27 making a quantum jump from 654 a day prior to that. On August 1, Delhi had 539 such zones.

Denying a crisis and not to accept it as a challenge would be a national blunder.

(Nirendra Dev is a Delhi based senior journalist)