Locust Swarms, Cyclone And Covid 19: Is…

Amphan Amidst COVID-19: A Double Whammy in…

Message From The Higher Self By Asad…

The Death Of An Actor Or The…

Why is Hill Population Less Affected From…

The Lesson From COVID 19: Politicians Stay… 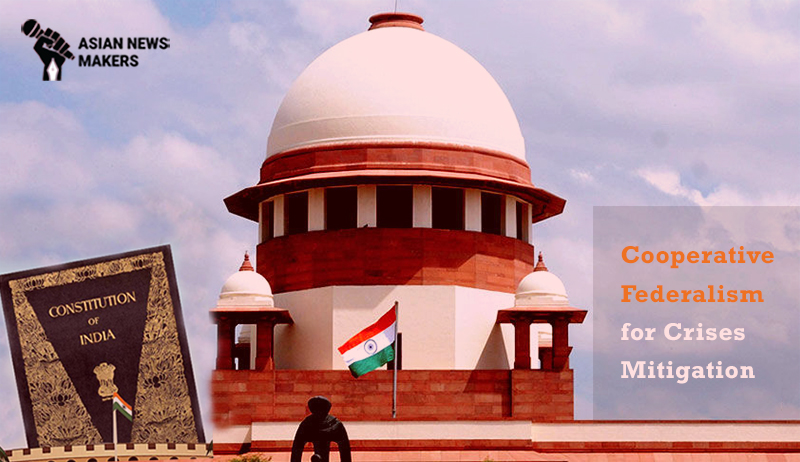 When around 1.3 billion humans who inhabit a certain part of the world, together face an unforeseen danger to their lives with no imminent cure how do we define the situation? A national disaster or an emergency as defined by the rule books or tread on the basic principle of ‘life first’, or we try and test.

By March 11 WHO had declared Covid 19 a Pandemic. With highly contagious nature of the virus it wasn’t difficult to foresee what was coming for the world specifically for a country like India given its population density of 382 persons per Sq Km.

By second week of March, USA having 1,701 confirmed corona cases and 40 deaths had declared a “National Emergency” to help handle the outbreak of coronavirus. It allowed the federal government to tap up $50 bn in emergency relief fund. Even though the announcement came late and only after much havoc had been created by the virus, the formal declaration of “national emergency” was the only way forward during such times for the countries and much needed for the federal structures like USA.

$50 billion for emergency fund for population density of 92.7 per Sq mile can be an easy allocation for richest democracy but India in its poor capacity started its fight with corona in a more humble and holistic way.

Strict lockdown period of 21 days, holistic approaches of ringing bells and lighting lamps and commitment for solemnity and austerity derived from Indian philosophies of spiritual healings, sans the formal declaration of ‘Emergency’ (in this case health emergency) was the way forward for the subcontinent. Within few days of the lockdown, we knew the catastrophe had wrecked the nation. India was already into ‘emergency situation’ and the disaster was there in front of us.

Ripples caused by poor, destitute migrants moving on the roads of India was enough to established that what started as a health-crises was not only a health emergency but turned out to be the biggest ever humanitarian crises this nation has ever faced after partition. The formal declaration did not matter much by now. India was already into a health emergency, a national disaster and a severe humanitarian-crises.

Death of hungry and poor migrants on way to incredibly long foot journeys to reach their home demanded a law to be invoked which could protect the “Right to Life”, the most important of all Fundamental Rights guaranteed by Constitution of India to its humble citizens.

The country was in deep crises and an undisputed emergency condition. When “how to handle Corona”? might have been the most important thing discussed at government and executive levels, administration waited for the orders to handle the crises of migrating population on the roads.

With a sudden pronouncement of lockdown entire social fabric got disturbed, economy came to grinding halt, industries and machineries stopped at a single stroke and millions of those who were directly affected came on the road as more than saving themselves from corona, the very survival of life became important.

It was the matter of ‘life’, either way-health wise, economically as well as socially. Not to be missed the challenges of law and order posed on administration due to mass migration, deaths on roads due to hunger and accidents aggravating the crises on daily basis.

With course of corona becoming difficult to handle what we needed most was something which could safeguard the “Right to Life”. India was indeed facing an emergency situation. Then why did we not declare one? What were our legal options? Did we actually have a single law which could counter and mitigate the crises of this magnitude?

Such questions become important when India already is in the crises for many months and the journey to recovery seems vague. We need to scrutinise the legal route nation has charted and other legal options.

Could We Have Declared A “Public Health Emergency”?

Working on the principle of ‘Right to Life’–as the pollution level in the Delhi-NCR region entered “severe plus” category, the panel had said, “we have to take this as a ‘Public Health Emergency’ as air pollution will have adverse impact on all, particularly our children”.

Although residents of Delhi had been struggling with the “severe” air quality for many years and the agencies too had been experimenting with various measures to deal with it, by declaring it a “Public Health Emergency” it became a legal binding  on the Delhi State government non-compliance of which called for a ‘contempt of court’.

By declaring “Public Health Emergency” to deal with the “severe plus” air quality of Delhi, the Supreme Court took cognisance of the life of the people while also paving the way how declaring ‘emergency’ becomes important when ‘Right to Life’ becomes paramount.

While declaring 21-day national lockdown Government of India for the first time ever invoked Disaster Management Act 2005 (DMA)- meant to handle disasters natural or man-made, bringing states under Centre’s control regarding the battle against corona virus. DMA could be argued to be the best option at this time given the fact that Epidemic Diseases Act, 1897-meant to provide “better prevention of spread of dangerous epidemic disease”, is not only anachronistic but also short of even defining what is an “epidemic disease”.

Also, pre-independence era Epidemic Diseases Act does not cover the ‘fundamental rights’ of the citizen of India hence its implementation has many fundamental rights and Constitutional issues attached. Since National Health Bill, 2009 and Public Health Bill, 2017 could not become the law and replace the archaic law of 1897 we had one only option to resort to DMA.

Although DMA appears a perfect law to support the federal system in such time as these by operating at the national, state, district and local levels with its wide-ranging powers the Act is still a generalised one and not specific enough to deal the crises of this magnitude. The definition of “disaster” under the Act do not meet the multipronged challenges which Covid-19 has posed. The crises caused by Corona have moved beyond just the health.

Pandemic is an exceptional situation and has brought exceptional, unexpected, undefined and multiple challenges along with the health crises. A generalised law in order to handle “disaster” or an epidemic may provide a brief relief but will always be short of tackling the social, economics, law and order as well as humanitarian crises along with health at one go.

What Could Have Been The Options For India

Pandemic definitely is not a ground for declaring a “National Emergency” in India under Article 352 of Indian Constitution as it stands today. After the 44th Constitutional amendment introduced by the Janata party government in 1977, “internal disturbance” as a ground for imposing a “national emergency” was removed and other two grounds i.e proclamation of war and external aggression doesn’t fit the case.

Crises of health, problem of migrants, social, economic and law and order issues which the nation face today as a result of Corona could have derived a meaning from the definition of “internal disturbances” in original structure of Article 352 which describes the “State of Emergency”.

If a cue is derived from how Supreme Court mandated panel declared “Public Health Emergency” to deal “severe plus” air of Delhi along with the constitutional definition of “internal disturbance” as is still in Article 355, it could possibly have been an opportunity for India to go back and refer the fundamental functional character of the country i.e cooperative federalism, in absence of a specific law to deal with health and humanitarian disaster caused due to pandemic.

Cooperative Federalism Can Be An Answer

Article 1 of Constitution of India defines India as a “Union of State” and the elaborations on division of power in the constitution is an important functional foundation to the existence of “Union of States”.

Health; industry; economics, social, migrants and labour are the major problems which the Corona Pandemic has posed on India. Interestingly all these matters are listed in State, Central and Concurrent list of power respectively.

-Joint focus on the national development agenda by Centre and State

would have helped in easing out the current situation remarkably.

The central government released a package of Rs 17,287 crore to the states to augment their financial resources to combat Corona in the first week of April. Out of which Rs 11,092 was released under State Disaster Risk Management fund while an amount of Rs 6,195 crores was released on account of ‘revenue deficit grant’ as part of 15th Finance Commission Grant to the states.

States have very little capacity of generating finances and in situations like Pandemic when the economy became defunct and the financial liabilities increased manifold the money generating capacity for Covid fund definitely was a big issue for states. The amount of Rs 17,287 crore may not be too late but it indeed was too little.

In these testing times it is extremely important to mitigate the crises while working on only single principle of “life first”.

Till we make a law specific in dealing the situations like we are in today we have the spirit of cooperative federalism to guide us as is rightly specified by the NITI Ayog in its commitment, “…. to evolve a shared vision of national priorities, sectors and strategies with the active involvement of States, wherein states are equal stake holders in planning process as well”.

This was the same spirit of cooperative federalism which was a significant contributor to Sardar Vallabhbhai Patel method of political mobilisation by which he could successfully persuade some 492 princely states to join the Indian Union while simultaneously maintaining the unity of the nation.

Message From The Higher Self By Asad Sultan

COVID-19, International Labour Day 2020 and The Have-Nots: May Day or Mayday? – By Dr. Bobby Luthra Sinha

Why is Hill Population Less Affected From COVID...