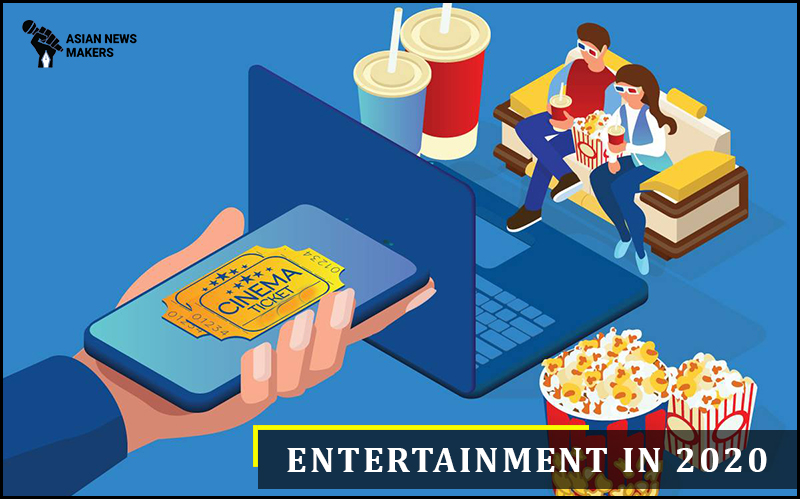 The entertainment industry, which initially came to a total halt in March 2020, experienced the biggest change in its more than century old presence. While some saw their studios shut down totally, others experimented with streaming content and moved on to the TV industry, as the audience looked for other avenues of entertainment.

Yet others changed their platform totally as lockdown started lifting slowly. The industry had to look at other avenues for creativity and innovation, as movie theatres remained shuttered.

From big screening theatres, films found their audience on sofa screening, on beds and in places, never heard of before as the OTT platform became popular.

OTT is the new buzzword for entertainment!!

OTT or Over the top means the entertainment content which is streamed via a high-speed internet connection instead of the age-old cable or satellite provider.

OTT took over the rest of other entertainment during Pandemic. It has not only shown the way for future entertainment for the world but also defines the rule of the future of entertainment industry.

Looking at the statistics of early lockdown days the entertainment industry got a kick even while the rest of the world was still in a state of bewilderment amidst the situations that arose due to pandemic.

Gone are the days when you had channels bundled for you and despite you not watching some channels, you still had to pay for them. Now you pay for what you watch. Of course, nothing comes for free, except your freedom.

However, this resulted in streaming of Hollywood movies, which moved faster than expected as the coronavirus took control of our lives. Yet, for many watching movies in a communal atmosphere and on the big screen, gave rise to people driving in to open air theatres, where many watched their favourite stars from the socially distanced parking lots and in their cars.

Ironically, commercial blockbusters at Bollywood and its reputation took a steep nosedive, not due to the pandemic but more as a result of its own misadventure and the notoriety it gained.

After the murder of Sushant Singh Rajput on June 14, 2020, just when people were slowly being allowed to leave their homes, skeletons in Bollywood’s closets started tumbling out too, creating a level of hatred for the industry, never experienced before.

The fans have even coined a name for the group-SSRians and every day, #justiceforSSR or related hashtags for SSR, trends globally. Never seen videos of Sushant being mocked by the big wigs like Salman Khan or Shah Rukh Khan, are going viral, further adding fuel to the already burning fire in Sushant fans’ hearts.

Sushant Singh Rajput case made the world talk about the nepotism and drug cartelisation in Bollywood and entertainment industry. Nepotism and drugs suddenly become an embodiment of Bollywood.

Bollywood in fact got a new word ‘Bullyweed’, for its bullying tactics and dependence on drugs; every hero worshipped by millions till yesterday is now frowned upon.

Bollywood celebrities started losing fan following on Instagram and Twitter, by hundreds every day. Certainly, this is the time for Bollywood, to introspect and retrospect as more and more people from the industry share their traumatic experiences during their career, thus opening up a hornet’s nest of murders, drugs, suicides, sexual harassment, casting couch, bullying, nepotism and what not.

Actors, producers and directors, all shared their experiences and vouched that what Sushant was going through, was not an isolated incident. Awards are orchestrated, actors or actress are promoted and demoted based on their contacts with the influencers and life in the industry depends on your relations with these people. Abhay Deol, who was angered during award functions after his hit film, Zindagi Na Milegai Dobara, took to instagram to vent his anger.

He wrote, “I would like to mention that almost all the award functions demoted me and Farhan from main leads, and nominated us as “supporting actors”. Hrithik and Katrina were nominated as “actors in a leading role.”

As the despicable weed fuelled working of Bollywood comes out in the open, via various youtubers and insiders, who have suffered the most during their struggle to make a name for themselves in the industry, fans of Indian cinema and the social media following of the actors is dwindling by the day.

It took a couple of murders, suicides and finally an analytical scrutiny by the fans of Bollywood, resulting in the decline of glamour for celebrities, who till now took pride in their fan following. Those who revered their favourite heroes once upon a time, are now a faded memory.

Clearly, gone are the days when justice was delivered in the courts of law. Today, justice is being done on social media and the actors have to bear the wrath of fans when their films are released.

You may get acquittals in front of a judge but cannot escape the sentencing in the eyes of the fans. Fans have smartened up and easily see through the falsehood being spread by vested interests. And Covid has given them the time and avenues to analyse every story thrown at them and the reason behind.

2020, a game changer for entertainment industry!

Struggling actors, who till last year, had to beg for a two-minute role, are today being offered a higher price to be cast in a film or web series, which is the name of the game today.

Ishan Khattar of web series Suitable boy said in an interview, “This is the first time we are given the price we ask for. There is no take it or leave it attitude anymore. Let’s make hay till the sun shines.” Divya Dutta, yet another struggling actor, claimed to have had the best year of her life, thanks to OTT.

Undoubtedly, the year has seen a paradigm shift in the habits of audience to alternative sources of entertainment and certainly, waiting for a new release every Friday, is no more an attraction.

Fans have moved on to spending their Friday nights constructively and playing games with family and friends. New television has become a resource that has to be savoured with independent creative content filling the void of mainstream cinema. 2020 certainly has metamorphed – good for some, not so good for others yet changes are here to stay post pandemic.

Sushant Singh Rajput Death: Many Firsts in the Case
By Dr Neelam Batra-Verma