China-India Tussle: Cause of a New World Order? By Binny Yadav 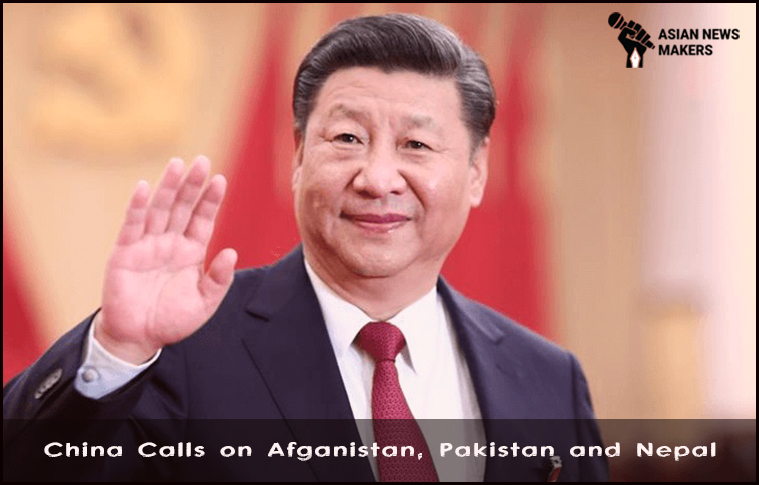 China-India hostilities and border tussle is creating interesting dynamics in Central and South Asia. Will it also lead to a new world order?

The fast-changing geo-politics in the region is hinting towards a new world order. While ever growing Chinese aggression seems to be directing the future politics and economic order of the world, there are new, changing dynamics emerging, as a result hinting towards new zones of war. Asia it seems, is the next ground zero of international diplomacy.

The day India was overwhelmed in receiving its first lag of five Rafael fighter aircrafts from France, China occupied itself in wooing its neighbours Afghanistan, Pakistan and Nepal minus India.

Chinese call to Afghanistan, Nepal and Pakistan for a “four-Party Cooperation” is a sign of new-emerging dynamics in South and Central Asia. China it seems has a road map charted out and working on a plan where it sees itself leading and guiding the political equations by exploiting the economic weakness of its neighbours while also giving a strong message for the world to take.

What is China’s Plan

To consolidate power, to reign in India on one hand and giving a strong message to the world. Call to Pakistan, Nepal and Afghanistan is indeed an unprecedented move by china and the most surprising is the content of the webinar.

By omitting India, China definitely wants to psychologically weaken India. This was also an effort to consolidate its presence in the South Asian region while building pressure on India from all the borders it shares with Pakistan, Afghanistan and Nepal.

Chinese plan is simple: to bring on board Afghanistan and Nepal into a partnership like China-Pakistan Economic Corridor (CPEC). The meeting which ostensibly was to discuss a coordinated effort to fight the corona crises in the region is significant in the backdrop of continued stand-off between India and China on the border of Ladakh since May.

According to a statement in Mandarin, Chinese diplomat said that the four states should give “full play to geographic advantage, strengthen exchanges and connections between the four countries and central Asian countries and maintain regional peace and stability”. The call for strengthening “geographical exchanges” in central and South Asia without involving India is a shot which aims to hit multiple targets.

Chinese Message to The World

China has been treading on a tight rope in international diplomacy due to its deteriorating relationship with the US, its internal issues including Hong Kong security laws, international pressure due to its alleged mishandling of Corona virus crises and border clashes with India.

US-China relationship is at all time low and the US is trying to checkmate China and looking towards India to find space to do so. India on its part is trying to consolidate its ground to take on China in its expansionist game through Ladakh borders.

China has been trying to expand in South Asia through independent inroads into individual countries by way of infrastructural investment and development in the region. Chinese infrastructural indulgence in Sri Lanka, Pakistan and Nepal has been increasing in past years.

But the latest call for “four country cooperation” in the region including Pakistan, Nepal and Afghanistan on the pretext of combating corona crises collectively may prove to be a game changer for the future geo-political dynamics in the region which will affect not only the regional stakes but also shape the international diplomacy.

China is indeed taking advantage of the changing equations between India and Nepal on one hand and on the other side it is watching how India is losing its stakes in Afghanistan politics gradually, not to mention India-Pakistan hostilities. By bringing in the three strategically important neighbours of India on single table to work together for strengthening regional cooperation without bringing in India signals a strong message for India to take note of.

Chinese scheme seems clear-it is not ready to dilute its stand on the Ladakh borders of India, and it is also not ready to step back from its claim on South China Sea. By consolidating on the Himalyan borders- by bringing in Nepal, Afghanistan and Pakistan on single table, it is trying to check consolidation of emotions building against it from the countries sharing the interests in South China Sea.

South China sea is a weak strand of China. In wake of international response to ban on Chinese apps like TIK TOK after India banned it and also the consolidation of international emotions after implementation of new security law in Hong Kong, China is cautious and wants to reciprocate by consolidating power on other fronts. This would come handy for China in case of consolidation of interest on South China Sea against it.

As the world emerge from the corona crises it would also be interesting to watch how the equations in the world changes into new dynamics driven by economics and geo-politics. The emerging equations signal an interesting development indicating a new world order. Will Asia be the centre of emerging international tussle?