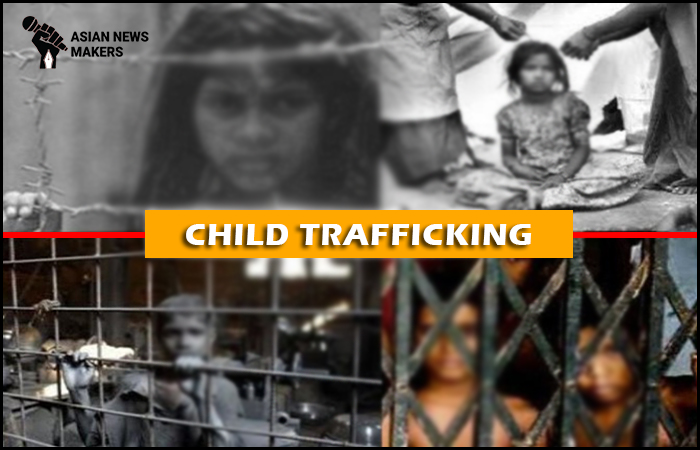 The death of a 13-year-old trafficked girl child in the initial days of the lockdown, after a long foot journey back to her village in Chhattisgarh from a red chilli fields in Telangana, where she worked as a child labour is the grim reminder of realities and the state of children in India.

The Covid 19 pandemic and the lockdown has further worsened the situation as more and more children from poor families of tribal belts are being trafficked. The situation is getting worse with growing poverty and joblessness due to pandemic.

Activists have claimed that pandemic pushed children in an extreme vulnerable state pushing them into farm labour on one hand and also subjecting them to aggressive trafficking to compensate industrial loss through cheap labour on the other hand.

The demand and the push from the employers have been such that traffickers are adopting innovative methods to trafficking children and luring the parents to send children to far off places, alone.

Bachpan Bachao Andolan (BBA) and Kailash Satyarthi Children’s Foundation (KSCF) had been claiming since lockdown was imposed on March 24, about the growing child trafficking incidents.

“The rescue of 28 children in Gorakhpur, Uttar Pradesh, on August 17 and the same number of children at Muzaffarpur in Bihar attests to the continuing menace of child trafficking”, says Rakesh Sengar, Executive Director, Kailash Satyarthi Children’s Foundation.

Rakesh says KSCF rescued 720 children in the month of August from states like Bihar and Uttar Pradesh. “We got the largest number of cases from Bihar and this happened as a result of our vigilance,” he said adding, “not only has the business of child trafficking picked up like never before it has come with new and innovative ways of tucking away minor children to their employers in bigger cities by hiring special busses to ferry these minors for labour and other work to bigger cities”.

According to civil right activists trafficking has resumed in a very organised way, “the way migration happened the same way child trafficking is taking place back to places where the business and industries are resuming”.

“The agents from metros cities like Mumbai and Delhi have been sneaking out children by spending extra amount as trains tickets were not available. There was a huge demand for cheap labour. Traffickers were ready to spend big money and this (trafficking) has been happening in a big way”, claim these activists.

What Rajeev Ranjan, who works for Invironics Trust in Bastar district of Chattisgarh, revealed are indeed very disturbing trends, “In certain villages like Narayanpur of Bastar district, entire children population between 13 to 18 years of age has been trafficked-some willingly for better money and majority lured by the agents for money. This has been happening in a big scale. Children from interior villages, poor and tribal belt have been the biggest victims.”

As the business activities are gearing up and industrial activities resuming back traffickers are more than active in procuring these minors to be used as cheap labours in bigger cities.

The purpose unfortunately is not limited to labour only. Children are also being trafficked for the purposes of domestic help and even for sex trade in the garb of domestic servants for bigger cities by the unregulated placement agencies working as the agents in a very organised way.

According to Rakesh Sengar, employers and factory owners are hiring buses from states like Andhra Pradesh, Delhi and Mumbai to get children trafficked from places like Bihar and Uttar Pradesh.

“Of the 28 children rescued at Gorakhpur, 19 were found to be in the 9-16 age group, while 11 of the those rescued at Muzaffarpur were between 11 and 14 years of age. In both instances, the children were found being trafficked in buses which originated in Araria and were bound for Delhi, one of the major ‘receiving’ cities and hubs for pushing children into hazardous and other forms of dangerous labour”, highlights a press release by Kailash Satyarthi Children Foundation.

“Methods of trafficking have changed”, he reveals. Trains services have been low when lockdown started relaxing, train tickets were not easily available. Those children who had migrated back to their places during lockdown were sought back by the employers. Employers have been hiring and sending special buses from far off places to get these children for work, says Rakesh.

These were those children who could be rescued due to the intervention and interception of civil right groups with the help of local district administration. There could have been many who could have sneaked out because the traffickers are adopting new ways to sneak children out.

Since the beginning of relaxations in lockdowns special buses are taking minor children as well as the adult labourers and many times it is difficult to trace these children who are being trafficked without their parents.

“Significantly these are all minors between seven to 18 years of age”, points out Sengar adding that, “this is an indicator of new kind of trafficking. Earlier trafficker used to take children through train which was easier to monitor and check”.

Children are not only trafficked to be used as labourers but there is a flourishing business of domestic helps where majority of minor girls are employed.

According to Rakesh Sengar, besides a sudden surge in demand for domestic servant post lockdown there is a big empire of child prostitution through online trafficking which has emerged during corona months.

In Delhi and NCR around thousands of placement agencies are operating and 50-60 per cent recruitment is still of minor girls from Chhattisgarh, West Bengal, Assam, Arunachal Pradesh.

Rakesh Sengar points out that according to their investigations placements agencies are eager to provide even the minor girls for domestic work. “Posing as a perspective employer we placed a demand for a small girl, the agent was ready to provide as they already had a delivery ready”.

Another startling fact which Rakesh revealed was that one of the placement agents was even ready to supply the girl for domestic work during the first and strictest lockdown period in India when all movement other than essential services were restricted.

“During the lockdown I tried to know whether any girl was available for domestic work, and they were ready to provide. I wanted to know how he will deliver the girl to the client, he said he had essential curfew pass of his friend who had a grocery store. He told me he will use the pass to deliver the girl”, revealed Rakesh.

Another very disturbing fact as revealed by Rakesh Sengar, is that the placement agencies might be exploiting these minor girls for sex trade in the garb of domestic help. “There are different rates for the girls for domestic help and for sex trade. There is a Modus Oprendi. If you say you want to hire the girl for parlour service they will understand that this for the purpose other than domestic work and they would quote a different rates for such girls”, elaborates Rakesh.

Rao Narendra Yadav, CEO, Children Unbound Foundation, also confirmed the growing incidents of child trafficking happening in a big way. But he insists that it is important to look at this issue along with a range of other issue which children have been put to during the pandemic.

“A long-term impact happens on the children during any sort of disaster. Child trafficking is one of many such impacts of the pandemic on the children,” says Rao.

Rao elaborates that poverty is pushing the children into forced labour, they are being trafficked and subjected to violence. Loss of jobs of adults are pushing children into various vulnerabilities. Child trafficking is one of those conditions.

“We also have to consider other factors like suspension of labour laws in certain states and change in labour laws which could push the induction of minors into factory as labour. This could push factory owners to employ more child labours as they are cheaper, they can be asked to work for longer hours and due to suspended labour laws, no one can raise any legal issues. So, we have to see it in totality and not as an isolated problem of child trafficking”, emphasises Rao.

The situation is indeed scary because the demand in production to boost economy would further increase the demand in child labour. Rao feels that unless and until we make children as a strong part of Covid-response mechanism children will have to bear the burden of pandemic for several years.

According to a joint report by UNESCO and ILO around “60 million people are expected to fall into poverty this year”, and according to the report one per cent rise in poverty leads to seven per cent increase in child labour.

Corona pandemic has pushed children into an extremely critical stage where they are not only been deprived of education and basic livelihood facilities have become the most vulnerable social class.

Although child trafficking for industrial labour and domestic help existed even before the corona pandemic, it has surfaced as one of the biggest menace of covid pandemic due to increased poverty and loss of education.

They have been subjected to forced labour to compensate the shrinking family incomes on one hand while also becoming victims of violence, physical abuse and sex trade on the other hand.