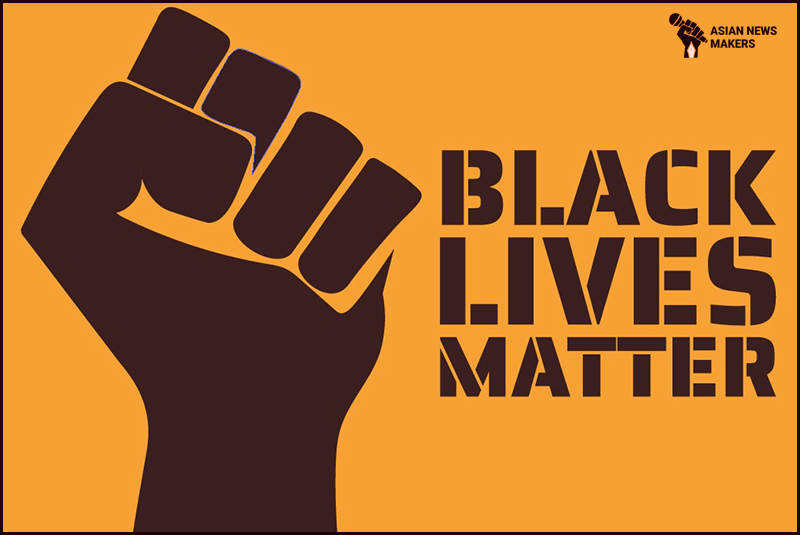 Colgate will review its historically racist toothpaste brand Darlie, which means “black person toothpaste” in Chinese, amongst which the brand was highly popular. The widely popular skin whitening cream, Fair and Lovely, advertised to improve skin colour, will soon get an overhauled advertising campaign by the consumer goods group Unilever, by changing its name. A social media campaign, by the famous Dolce and Gabbana company featuring a Chinese model wearing D&G brand of clothing and eating Italian food with chopsticks, was taken down as it allegedly offended some Chinese luxury consumers, resulting in drastic drop in sales for D&G.

These are but just a few examples of how the America initiated ‘Black Lives Matter’ movement is changing our world. What was considered normal yesterday is fanatic, opinionated or supremacist today. The death of George Floyd has resulted in the world taking a peak back in its history and right the wrongs on the marginalised few.

Forty-years ago Martin Luther King, had initiated the movement for equality and end of racism, yet in 2020, the struggle continues. Decolonization in various facets of life is growing. Writing and rewriting history, changing curriculums, antique museum collections and statues of famous people including Mahatma Gandhi’s, have either been brought down or are in the chopping block. Martin Luther King’s words, “Darkness cannot drive out darkness; only light can do that. Hate cannot drive out hate; only love can do that”, are forever relevant.

As the Blacks struggle to end discrimination, South Asians in Canada and elsewhere, have mostly stayed away from the movement or remained cocooned in their own individual shells. Is it because we don’t need to struggle, or are we not discriminated enough in jobs, in schools, colleges or sports fields, to start a movement? Or are we piggy riding on the Blacks for our survival. Or is it because we have been brought up on a diet of discrimination that for most of us, prejudice is nothing new, resulting in complacency and acceptability.

For those of us, who grew up in India, the government or the courts of law institutionalized systematic racism or discrimination. In central government jobs or government funded educational institution, almost 50 per cent of the jobs or seats in professional colleges are reserved for the minorities like the Scheduled Caste and the Schedule Tribes or some other. It is preferred to keep a seat vacant, if no qualified candidate from that class is available, than give it to another candidate from a different caste or class.

This reservation system was a gift to India, once again, by the colonialists like Chemlsford and Edwin Montagu, who in 1919 first introduced the system, which was supposedly for sixty years only, yet has continued a century later as no elected government dare shake this important vote bank tree.

Earlier this year, the Supreme Court of India ruled that reservation is not a fundamental right to appointments, promotions or admissions as article 16(1) and 16(2) of the Constitution gives equal rights and opportunities to all citizens in employment or appointment in government jobs or promotions. However, reservation today has become a political issue with different parties pursuing their own agenda.

Reservation in the higher seats of learning has resulted in most general category students in leaving India for higher studies, and mostly, not returning ever. This brain-drain, which started in the 70s, as the world started opening up, continues in 2020.

Apart from institutionalized discrimination, yet another cause of Indian complacency is the prevalence of casteism, which is the world’s longest surviving social hierarchy. How many of us can really define caste?

Pretty sure not many can yet, why is it important and why cannot it be limited to life and death events? After all, caste is something you are born into, and cannot change. It remains with you till you die, so why does it have to interfere in our jobs, in school, college or in treatment of others.

There is no need to justify by religious doctrine of karma, in dealing with those who may belong to different strata of society.

They have been and continue to be discriminated but in a more subtle way. Not going back too far, Dr Hakim Bhullar, a veterinary from India had to fight for 15 years to be able to pursue his profession.

Film producer Paul Dhillon highlights his struggle in an award-winning documentary ‘Gone Are the Days’, which today is paving the road for other immigrant vets. Paul followed Dr Bhullar’s journey for fifteen years. Says he in an exclusive interview to ANM, “This was a precedent setting case where you had a College clearly discriminating against the low-cost veterinarians. They continued their one-sided abuse even though the previous British Columbia (BC) Liberal government had the authority to intervene and fix the problem of the racist college board that continued to abuse it’s power by doing everything to put the Indo-Canadian veterinarians out of business. The BC Liberals never did anything and it finally took the BC Human Rights Tribunal to give the guilty verdict against the college. Still, they didn’t stop and finally the NDP government had to bring in changes but it stands as the worst case of systemic discrimination and racism in Canada.” (See full interview attached).

Undoubtedly, South Asians have been victims of stereotypical attitudes at work, on the streets and other social aspects of living in a foreign country. Says Rita, who got hired with the federal government about a decade ago, “I know I got hired at the lowest position, no white person has ever been hired at, because they wanted to click the minorities check box but other than that, there is nothing in there for you. No promotions, no motivations. Others, who got hired after me, have moved up 2-3 levels. Whenever I have talked to my supervisor, I was told that I should be happy that I even have a job. My qualifications and experience are higher than any of those people who were promoted yet, whenever I apply, I get the message that others more experienced and qualified than me were hired. It makes me feel that I should be debated to this person, who hired me as otherwise, I wasn’t competent enough. Such attitudes take away your self-confidence. Of course, discrimination exists, and I am one of the victims.” Rita did not want to be identified and reveal her department, for obvious reasons.

It is high time to get rid of the hidden apartheid still prevalent in our minds as this is the right time to shift our mind set, if we have to move forward and move towards inclusion to brighten up our children’s lives. It may not be easy, but it’s not impossible. We have accepted same sex marriages, we have accepted gender-neutral bathrooms, we have accepted test tube babies and learning not to use words that are either discriminatory or hurtful to others.

And we have accepted that using masks and social distancing can keep COVID away and keep us alive. Over centuries, the human body has learnt to adapt to changing environments, temperatures and cultural trends. We have learnt to acclimatize to changing weathers, which has made it possible to survive in extreme conditions. So, if physical change is possible, why not mental?

Just like you need to upgrade your computer and install updates, whenever they are available, so does the mind need to adapt to changes around you. Because if you don’t install the updates on your computer or phone, you will forever get an error, you will be asked to install and enter a new password.

So does your mind need a reboot and set the default mind-set to be inclusive and delete the exclusive. And this reboot needs to happen at home and in schools. We need to accept that with COVID and movements like Black Lives Matter, this is the dawn of a new revolution. So, accept it and move on. Alvin Toffler said it right “The illiterate of the 21st century will not be those who cannot read and write, but those who cannot learn, unlearn, and relearn.”

Dr Neelam Batra Verma is The Author 1971: A War Story

Online Education: Too Much is a Problem Too By Olivia Sarkar