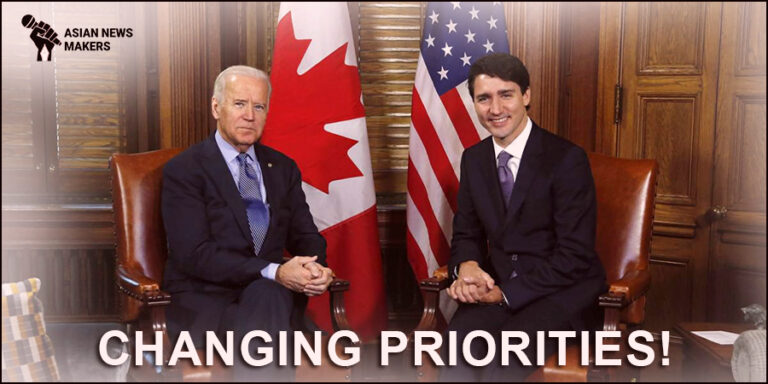 Being friends with all can never be an accepted foreign policy. World has long moved out of cold war era and is shifting base again after experimenting with the multi polar world towards new dynamics based on transactional equations.

In the meeting of Consultative Committee on External Affairs held on 16 January 2021, an animated exchange occurred between the Ministry of External Affairs(MEA) and the members of the Congress led by Rahul Gandhi. The stack of questions put to the MEA included:

One can lump these into three foreign policy strategies that India has embarked upon.

Interestingly, Rahul Gandhi had quipped, “instead of a laundry list, India should have strategy to counter China.

India’s first strategy should be to deal with what looks like a bi-polarised situation with USA and China emerging as two major (super) powers. This is going to be the likeliest global scenario but, strangely Jai Shankar, the Indian foreign minister seems not to grasp it.

He said in the meeting that the world will not turn bipolar in the immediate foreseeable future and pointed out the important roles of big powers like Russia, Japan, Germany and the European Union. Jai Shankar has been maintaining this position for quite a while. This is not pragmatic and misreading of the present and emerging global geo-politics. However, let us examine this assumption.

Ever shifting dynamics towards bi-polar world

Russia for various reasons mainly for economic weaknesses and military disparity with US and now China, has declined as a world power. The fall was exacerbated by the disintegration of USSR in 1991 and the subsequent conflicts between its erstwhile member states. Russia is leaning more and more on China for its economic recovery.

Consequently, Russia, in security terms is tilting towards an alliance with China and its satellite state Pakistan, while making in-effective occasional attempts to broker peace between India and China.

Japan grew economically quite fast after the Second World War. The peace treaties signed between the victorious Allied powers and the vanquished Axis countries – Japan, Germany and Italy, which meant to be a humiliating compromise for the latter, ironically became a boon for their economic recovery.

As Germany and Japan were banned from any military exercises, they devoted all their energies and resources to building their economies. Since Japan has been under the security cover of America it could not extend the similar security support to India.

Germany , like Japan, has not much of role in international politics after its crushing defeat in the second world war. As a powerful economy it has more  relied on transactional international relationships including those in European Union.

As an economic power Germany wanted a market and in absence  of colonies like France and Britain it went extra miles in building the European Union in close cooperation with France which wanted to be an alternative to Anglo-American influence in the world. Germany, thus, continues to dominate and direct the European Union by virtue of its superior economic power.

Can India expect political and security support from Germany?

Thanks to Germany, the European Union (EU), in spite of its combined economic strength has not prospered as political power and has largely remained transactional than political. The EU had vowed to promote new political principles of equality, federalism, cooperation, human rights protection and rule-based order. But all this fizzled in the quest for economic gains.

Ironically, despite proclaiming ‘systemic difference’ with China and blaming Beijing for withholding timely information on Covid-19 which havocked the world  in 2020, EU went ahead to sign last month, the Comprehensive Agreement on Investment (CAI). How does New Delhi expect European Union to help in security matters?  The axiomatic truth is, “providing security and deterrence is a function of economic and military power”.

If these powers cannot influence the security environment of the world, which is a major concern for many countries including New Delhi, where is the scope for a multi-polar world!

Is India missing the point in its foreign policy?

Can MEA escape the fact that India is in constant conflict with Beijing and Islamabad; the PLA is in illegal occupation of Indian territory since 1962 till date, and Islamabad has been sponsoring cross-border terrorism since 1947. How does New Delhi combat them?

The second strategy for India should be to conduct foreign policy for a bi-polar world led by USA and its allies on one hand and China with its satellite state Pakistan and a couple of allies on the other side. New Delhi has certainly been faltering in dealing with China.

PM Modi, who had made some radical shifts in long-traditional foreign policy of India was expected to have dealt strongly with China. Instead, he  relied on a personalised approach to sway Xi Jinping rather adopting a strategic and structural mechanism. India bears the brunt in form of current border tussle with China.

New Delhi has to take its position vis-à-vis USA and China. India, continues to misread both Beijing and Washington. Prime Minister Modi unwisely got involved in the domestic politics of United States by endorsing the re-election of Donald Trump, again a part of personalised policy.

On China, one is reminded of Theodore Roosevelt’s exasperated comment after he failed to make peace between Japan and Russia over Manchuria, “the Czar is a preposterous little creature as the absolute autocrat of 150,000,000 people. He has been unable to make war and is now unable to make peace”.

It would be sad if the same opinion is made about New Delhi as it deals with China. India needs to counter China, as  I  have maintained in this column repeatedly, by building strategic alliances. Given the power disparity with China, New Delhi has no other viable option. Countering China is an indispensable act for Indian politics and diplomacy.

Geo-political option for India: Allying with democracy and right partner

Any transactional diplomacy either with Russia or China will not cut ice.  Robert B. Zoellick a trade representative of US and a deputy Secretary of State and the President of the World Bank in a publication, “American in the World: A History of US Diplomacy and Foreign Policy”, stresses the importance of maintaining alliances, rather than transactional diplomacy for one-off gains. Yet he disregards transactional diplomacy in favour of long-term dependable alliances like perhaps US has with Israel, Taiwan and Japan. New Delhi must take a leaf out of such perspectives.

The other important aspect of US foreign policy which chimes in with India’s geo-political situation is the remark of the former President Woodrow Wilson, “the world must be made safe for democracy”. Somehow, “these words have reverberated across American diplomacy for a century and even longer”. New Delhi could leverage its long-maintained democracy in dialogue with Americans and hold them on to their promise of making the world safe and conducive for democratic politics.

For New Delhi, in keeping with its political ethos and fundamentals, the inevitable choice would have been an alliance with America but it got diverted towards the Soviet block and later into the deathly embrace of China. It is high time we correct the historical and current fault lines.

The third strategy which the Congress got it wrong and the Modi regime continues with it is the so-called balancing of ties between US and Russia. This is like proverbial running with the hare and hunting with the hound or straddling two horses at the same time. This has not worked and will not in future. While New Delhi makes strategic agreements with US, it tries to keep Russia in good humour by buying defence equipments, even by ignoring American sanctions. Has New Delhi done any cost-effect analysis of its defence purchase from Russia in terms of security implications? Have Russian weapons or support mattered to India vis-à-vis China or Pakistan except perhaps 1971 Bangladesh war?  Certainly not. If at all, it is the US challenging China and taming Pakistan which has helped New Delhi ease its tensions with these two traditional adversaries. Why then dabble in philosophical, altruistic and unrealistic postures in India’s foreign policy? It is time to be pragmatic and to learn from experience, how to do better.