My Covid Journey: Matter of Faith, Will…

WhatsApp: Faceless and an Unaccountable World of…

Anxiety of Going Back to Schools Once… 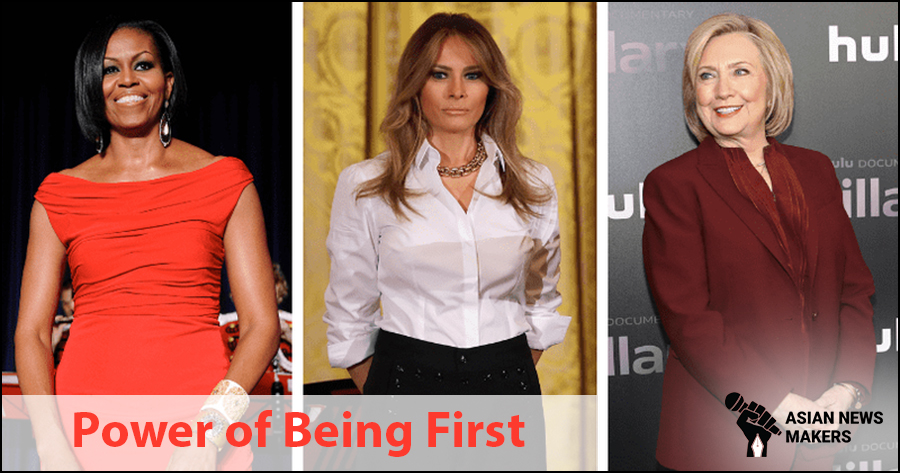 US First Lady Melania Trump leaves the White House with everyone guessing about her legacies but for her “Be Best” initiative mentioned only during her farewell message.

While there are no defined roles for the US First Lady, they sure have this privilege and an opportunity to make a mark away from being just the wife of US President, the most powerful man on earth.

Melania Trump is being accused of having wasted the opportunity of using her position as US First Lady. Let’s see how her predecessors used their position as ‘US First Lady’ and how they still are carrying on the legacy way past their husband’s stint at the White House as the US president is over.

Former First Lady, Michelle Obama, pledged to reverse childhood obesity by the 21st century and aimed at making the issue her legacy. She named her movement “Let’s move.”

A task force was created, recommending 70 actions reducing childhood obesity rate by at least five percent by 2030. According to reports, at least 81 million Americans have benefited from this initiative.

A comprehensive initiative by the then First Lady, certainly was an ambitious project for children to grow up healthy, resulting in providing only healthy foods in schools.

Michelle Obama is also known to support military families, as well as working women to balance career and families. She also promoted arts and education and also planted a vegetable garden at White House. She is the second lady to have done that; former First Lady Eleanor Roosevelt was the pioneer.

Hillary Clinton was a powerful force in pushing the health care agenda, at the same time silencing her detractors by coercion.

Her relationship with her husband Bill Clinton, was nothing but complicated, especially after the Monica Lewinsky episode. However, she strongly supported her husband and defended him against the scandal.

New York Times reported that no other president had a partner like her. Eventually she became a formidable force behind the President and attended all campaign meetings.

She fiercely stood behind her husband, advising Bill Clinton on important issues and contributed to his success as President. It is also believed that Bill Clinton could not have been the president but for her.

Nancy Reagan, who died at 94, in 2016 was a Hollywood actress and a fashion symbol for millions of Americans. She was the second wife of 40th president of United States of America Ronald Reagan from 1981 to 1989.

In an obituary, WWD, a French publication wrote, “She became a symbol of American fashion, the truly, really American fashion, in every way-not just the way she was running the White House but the way she looked on every occasion. She was perfect. That is the legacy that we will remember with all the dignity and the entire honour she had for this country-and love for this country. She was very strong, but very dedicated to who she was. She had that very clear in her mind.”

Nancy graduated from Smith College and used her mother’s contacts to gain entry into Hollywood. Her films Night into Morning (1951), Hellcats of the Navy (1957) and East Side, West Side (1949) are still remembered with fondness for the great first lady she was.

Once at the White House, she used her clothes and physical appearance to impress delegates. Being a Hollywood star, Nancy understood the power of presentation and used her skills well. She chose her clothes as per the situation; sometimes choosing simple gowns that showcased her beautiful and toned figure, especially her arms, she worked so hard on. She stayed away from frills, yet elegance was her hallmark.

Soon after moving in, most invitees at the House were Hollywood stars, a direct contrast from her predecessors. Unfortunately, she had to play down her contacts with celebrities and associate with serious causes, which she did with the Foster Grandparents program. This program aims to enhance the quality of life of children and youth in Pre School, homeless and community centres.

Nancy is known to have influenced her husband not only in personnel matters but also in issues like the arms control and relations with other countries. After Ronald Reagan’s surgery in 1985, when the President reportedly had slowed down, she took over discreetly and was also seen whispering answers to reporters’ questions in president’s ear. New York Times had once concluded that a triumvirate was in charge at the White House: the president, the chief of staff and the first lady.

THEY MATTER Being Priyanka Gandhi By Binny Yadav ANM

Maldives and Mauritius Hold Importance for India in its Maritime Diplomacy

Maldives and Mauritius Hold Importance for India in its Maritime Diplomacy