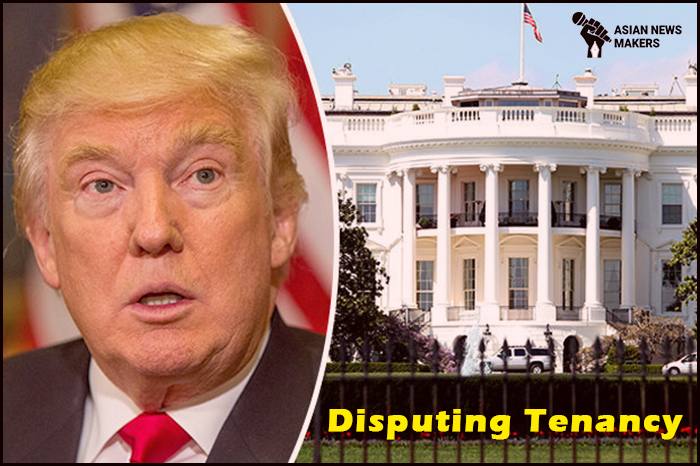 One by one President of Unites States’ cases are falling flat in the courts of law. In November second week President Donald Trump’s team had to drop a lawsuit, asking for a review of a handful of votes, in Arizona; the Trump campaign lost six cases in Philadelphia and Montgomery Counties over 9000 votes; a case representing Pennsylvania over absentee ballots had to be dropped due to lack of evidence and a case to stop certification of votes in Detroit had to be dropped too as the judge rejected their allegations of fraud.

A law firm leading the fight in Pennsylvania, did not want to represent Donald Trump anymore due to lack of evidence. And there are not many law firms out there ready to take any voting fraud related cases and not too many judges ready to allow such case in their courts. A Law School Professor said it right, “Every person with a robe they’ve encountered has said, ‘I’m sorry, we do law here.”

That President Donald Trump, had been preparing for his downfall, was evident months before the elections. His famous speeches during one of his rallies, shouting on top of podiums “I will not lose, I hate to lose.” Or “Don’t forget to vote if you are voting for me but stay at home if you are voting for Biden”, etc certainly are unbecoming of a President and an embarrassment for the whole country. That he refuses to concede defeat, even though world leaders have been congratulating President-elect, has made the country and its election process a laughing stock.

When asked by reporters many times before the elections, whether he would concede to people’s choice if he loses, not once did President Donald Trump say yes. “I have to see,” he said. “Look, you—I have to see. No, I’m not going to just say yes. I’m not going to say no.” But many a time during his election speeches, he had made it clear that he would concede only if he wins. “I never lose. I hate to lose,” has been his rhetoric.

That he had to talk about losing certainly goes on to amplify his own premonition that his defeat was near. As the voters were concerned about the way he handled the COVID-19 pandemic, experts find that it was the economy that did him in. With quarter of a million dead and every day a new record being set, Trump refuses to acknowledge the threat of “China virus”, calling it more of a hoax than a life-threatening situation, despite him contracting the virus and now his own son is in isolation.

Trump lost crucial votes of relatives and friends of the dead, who have been angry at his handling of the virus. In fact, he threatened to fire Dr Fauci, Director of National Institute of Allergy and Infectious Disease, the only health official Americans trust for pandemic guidance after Trump’s fiasco of drinking Lysol as a panacea of all viruses, resulted in egg on his face situation.

It will be difficult for the Trump campaign to find a judge who treats law like tweets. Since taking office, President Trump may have done more business on Twitter than actually signing deeds and agreements. All his hiring and firing of important Federal officials, was done on Twitter. Recently, he fired Chris Krebs, one of the most senior cyber security officials in the U.S. government on twitter, after he debunked false election claims.

Trump’s childish behavior, prompting cartoonists to entertain the public on social media, and his intentions not to accept the public’s verdict, may be a harbinger of unprecedented times to come. In fact, the impending drama for the White House is bound to create history and a paradigm. His prodigious lying, dictatorial attitude, big mouth and manipulative tactics, certainly touched many a raw nerve. He denounced Counsel Robert Mueller publicly but could not fire him. He accused his enemies of treason and tax evasion but could not prove anything. In fact, at the end of it all, his own tax evasion tactics emerged. He shouted at the top of his voice of Biden rigging votes and fraud during elections but could not prove anything.

Legal experts and law makers are now huddling together in board rooms, trying to find a solution to the White House predicament – how to throw the tenant out so a new tenant can be housed without much drama. They are looking at Section 4 of the 25th amendment, which has till now never been invoked. This amendment states that if, for whatever reason, the vice president and a majority of sitting Cabinet secretaries decide that the president is “unable to discharge the powers and duties of his office,” they can simply put that down in writing and send it to two people — the speaker of the House and the Senate’s president for the time being. Briefly, the vice President and eight Cabinet secretaries can write to the Speaker of the House, Nancy Pelosi and the Senate’s President, Chuck Grassley, that the President is “unable”, then transfer power to the Vice President, temporarily. Though not ever done before, Congress can also empower another body to make that declaration. It remains to be seen which way the wind blows.

In the 2000 election Al Gore first conceded to George W. Bush on Election Night, then withdrew his concession, only to initiate recounting in Florida till the Supreme Court intervened.  Just six days before the Electoral College was to convene, he conceded defeat though political pandits say that he could have brought the dispute to Congress. Yet, he conceded honourably and let the Bush government be sworn in, prioritizing democracy and honouring American people’s verdict.

The present period that is the time between Election Day and till next president is sworn in is called the Interregnum, or a no man’s land. These 79 days, between the first Monday after the second Wednesday in December, electors are supposed to meet in all 50 states to cast their vote for President. The transfer of power from an outgoing President to a President elect has always been smooth but the intermediate steps are fragile. More so when the sitting president refuses to concede.

Apart from many other cases, Trump will have to face as many as 169 cases in federal court only. Till going to press, New York investigators have already started investigating Trump’s family organization. “This is harassment pure and simple. This investigation is purely politically motivated,” Tweeted Ivanka Trump, President’s daughter. Come January and as soon as he loses his Presidential protection of the sitting president his legal problems will all come to fore, including federal income tax evasion charges, like him paying only $750 in federal income taxes in both 2016 and 2017 and more.

As the sitting president plays golf and tries to look for legal loopholes to subvert the swearing in process behind closed doors, President elect Joe Biden and Vice President-elect Kamala Harris, are moving ahead aggressively announcing their team and a COVID-19 advisory board, meeting infectious-disease researchers and doctors, to help them craft a pandemic plan as they transition into office, hoping the process to be as smooth as possible. Unfortunately, under Trump’s rule, record number of people is still dying due to COVID related infections.

While going to the press, Republican Georgia secretary of state Brad Raffensperger certified Biden’s win, amidst alleged death threats he received from Trump campaign. In fact, Trump’s claims of fraud during elections, has split the Republic party in half as many refuse to side with Trump and his allegations of voter fraud and remain baffled at President’s defiance, including his own family.

As of now, Trump is standing steadfast at the White House door, adamant on keeping Biden out and trying to subvert people’s verdict. While talking to reporters, Biden chose his words carefully, “The incredibly damaging messages are being sent to the world about our democracy.” Experts opine that even if Biden is sworn in despite Trump pushing back, yet it is likely that the President will continue to fight, making America’s democratic process a laughing stock and embarrassment. How to kick a sitting tenant out, despite their contract having expired, will certainly be watched with interest and intrigue. As of now, Trump is the king of no-man’s land and captain of a ship that has sailed.