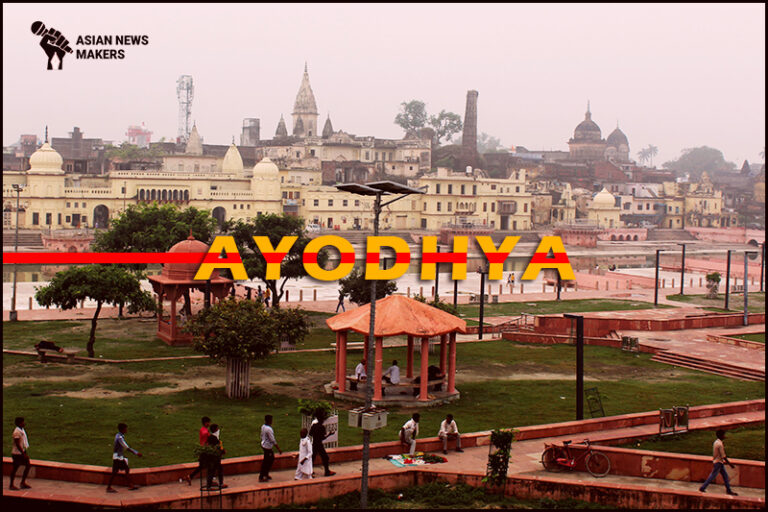 With Babri Masjid Judgement almost every legal battle related to Ram Temple dispute comes to an end. How Ayodhya looks at its future now?

With the judgement of Babri Masjid demolition case acquitting 32 accused, every rough ground is setteled and all the roadblocks and thorny patches have been cleared for the construction of Ram temple in Ayodhya.

Babri masjid demolition case was the last such patch needed to be smoothened before the construction of Ram temple in Ayodhya it is now important to see how the city of Ram and its people will settle with the new change?

Does the city see its business prospects changing as promised by the government in terms of infrastructure due to development related to the construction of Ram temple or will it be the business as usual for the people, who have seen much upheaval (polarization and political) flowing from their city into the country in past decades.

Ayodhya, a small non-descript town till 1980s has witnessed itself becoming a part of changing social, political and ideological character of India gradually in past decades. Will the city come out of its old character of a historical-religious-town and become a symbol of new business model based on ‘religion based economy’, surrounded by Ram temple or will it be just a short lived glory for those who expect to see it becoming a new hub of temple tourism.

Will the Ram temples and the proposed Mosque in Ayodhya slowly and gradually become the new centers of business opportunities as was in the times of Kings and kingdoms and help the city finally settle down or will it see governance and politics shunning it and moving on as the task is accomplished and politics and temple well in place.

Road Ahead for Ayodhya

Ram temple in Ayodhya may become one of the many demonstrative monuments of modern India and people of Ayodhya expect it to get its due place like the religious and historical cities of Vrindavan and Varanasi.

“But in absence of three important components to achieve ‘maximum production’ in meeting an end of development goals like world-class technology, zero or negligible poverty and proper distribution channel, how will it be possible in Ayodhya?”, asks Prof Aryan Gupta, a retired economics professor who has taught Economics for 20 years in Ayodhya, pointing out, “our country is still standing just on a subsistence economy, nothing more”.

After November 2019 when the Supreme Court of India announced its verdict in favour of Ram Temple, the economic dynamics have come to play an important role in the temple city of Ayodhya. A lot of corporates are eyeing the prospect of an emerging market in the tourism and hotel industry, but locals are apprehensive about the crash of the local markets.

With Chief Minister Yogi Adityanath announcing to make Ayodhya an international city several large projects are coming in the town. Reports from the ground also show that the property rates have started to shoot up and have almost doubled after the 2019 verdict. What used to be around Rs 900 – 1000 sq ft, is now ranging between Rs 2000 – 3000 sq ft.

But despite promises and government indulgence and commitments the small-time businessmen are apprehensive. Mohammad Islam, who runs a center for tailoring course under Pradhanmantri Kaushal Vikas Yojna but have not received any funding since a year says, “Temples and Mosques are not businesses. We may get some benefits to our local shops but all of it will be only for a short period, rest will be swapped away by big companies which are trying to pave their ways inside the town”.

“Lockdown has anyway broken our spines and we are living on the mercy of few pennies which we earn on daily basis, amidst all of it we see five-star hotels coming in, which upsets us more” says Islam.

“The government should have at least come to us, the commoners, and listened to our grievances before making the policies. We will be more than happy to comply with anything, provided government works to uplift not only the rich people but the poors too”, says a local businessman who is one of those who fear that tourism business due to Ram temple would only benefit the rich and outsiders on the cost of their small businesses.

However people of Ayodhya agree that with the clearing of all the legal hurdles and construction of Ram temple the stagnancy would break and finally the life should move on. But people are apprehensive about how the new situation help or change the prospects of the city.

They have been demanding some for clarity from the government in this regard. People want government to announce the plan of relocation of shops and houses for the development and construction as promised by the government.

Long due projects such as international airport have already started to make steady progress, giving the residents a ray of hope that finally, Ayodhya will become a big religious hub like Varanasi and Vrindavan and become part of international religious map.

“This will for sure bring economic benefits to people from all walks of life be it the local shopkeepers or big companies. But the only thing which I am critical of is that not only the end but also the means of the progress should be correct”, says Dr Lakshmi Kant Tripathi, a retired political science teacher, adding that, “I mean, what is the cost which we had to pay to bring developments in the town. The issue of Ram Temple has widened the fraction in the country and has seeped seeds of hatred. Is this a correct means to an end? he asks.