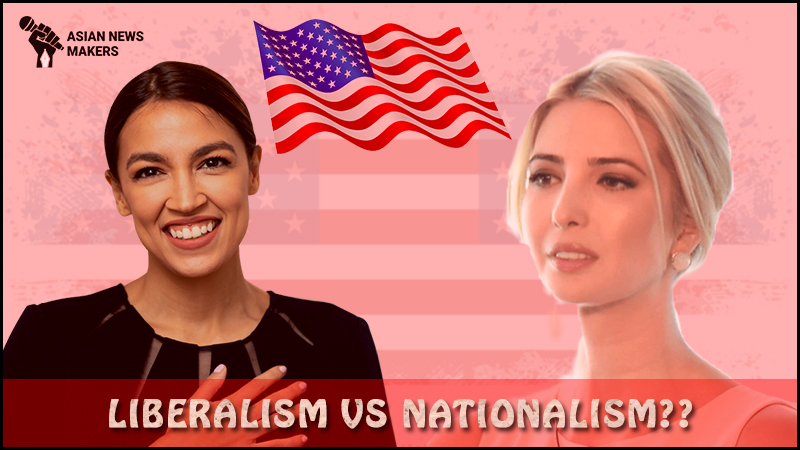 Alexandria Ocasio Cortez (AOC) should be greatly obliged to Donald Trump for kindling the spark of a likely run at the presidency in 4 or 8 years; probably facing off with Ivanka when she does contest the Nation’s top job.

That might sound like fanciful talk while we’re still trying to evict Donald J Trump (DJT) from the American political arena. But it is actually an odds on bet that the chain reaction to Trump’s term as “leader of the free world” will end up energizing an openly progressive agenda to confront the regressive conservatism that Trump’s political base still yearns for.

AOC is the poster child of such progressive liberalism, her own rise fuelled by the stark contrast of her agenda with Trump’s, and the rejection of which pumped new life into what was hitherto a sedated silent majority.

Ivanka, meanwhile, is the anointed successor to the aggressive nationalism that forms the bedrock of the Republican Party today; a Yankee replica of Marine Le Pen as the rightful heir – though it is questionable whether she’s as genuinely committed to the cause.

Regardless of the outcome, do not underestimate what has happened in the United States during Donald Trump era; it may well mark the turning point in the American century’s experience from an imperialist capitalist society to a pacifist socialist one.

Trumpism, in its elemental form, is an expression of self-interest – Donald’s own shameless self-serving grift, as well as his supporters’ last grasp at privilege based on colour, creed and community. To be fair, any political expression is by definition a reflection of the prejudice of the persons espousing it.

It is the passion with which this resolve is animated that will drive the engine of structural change. Donald Trump has invigorated both sides of the political divide. Never in the history of the American democracy has its citizenry participated in such innumerable droves, and with such devout determination.

Perhaps his biggest accomplishment was his exposure of the underbelly of the monster of government. Mainstream career politicians excel at obfuscating from public view the lack of institutional checks and balances, fundamental inadequacies within the constitution, deep-rooted corruption and the fact that the democratic process itself is an idea and not a real thing.

DJT has no such filter. The kimono was flapping in the wind from day one. Still, we are lucky that his autocratic aspirations were dashed on the shores of gross incompetence; even a brazen attempt at a coup was mere passing entertainment, providing more laughs than genuine alarm.

In the end Trump’s mean-spiritedness was tempered by his sloth and unwillingness to put in the hard work. But in his acts of menace were laid bare the glaring dysfunction of mainstream political gridlock. It’s often repeated that Trump is the symptom of an underlying sickness, not the cause of it. Politics as usual offered no palliative then, and is unlikely to do so now under Biden.

The centrists have lost their day. The catharsis of this revelation will engender an even more uncaring despot or, more hopefully, a more compassionate progressive agenda that will usher in real change.

Donald Trump took a sledgehammer to the edifice of Washington, a foundation which had taken the ruling class decades to construct. The “deep state” that he likes to bemoan was charged with the upkeep of this framework.

A tip of the hat to Trump for breaking the back of the beast. Under him representative politics has given way to participatory politics. With some luck (and not a few lessons learned), the activation of its rank and file citizenry will benefit a wider public agenda reflective of the political will of the majority of Americans, not just the elite few. The cabal should beware the alternative paths that this insight has opened up.

Why is Hill Population Less Affected From COVID 19? By Binny Yadav

George Floyd: In Grave Do They Speak
By Asad Sultan